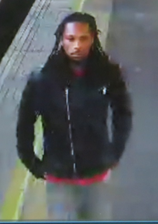 A violent man who sexually assaulted a woman, before assaulting a member of TfL staff at Canada Water station, has been jailed.

28-year-old Courtney Mahamedally from Islington before City of London Magistrates’ Court on 2 July after pleading guilty to sexual assault and one count of common assault.

Shortly before 2.30am on 6 January this year, the victim, a 19-year-old woman, was on the London Overground platform at Canada Water station, waiting for a train. Mahamedally then approached the victim on the platform, jumping at her and grabbing her around the waist.

The victim and defendant then struggled, with Mahamedally shouting “you’re not going anywhere”.

Meanwhile, staff watching CCTV contacted the police and went to assist the victim. As police responded, staff intervened, during which a member of staff was punched in the face by the defendant.

Mahamedally was arrested at the scene and taken to custody.

DC Helen Parsfield from British Transport Police, said: “Mahamedally initially pleaded not guilty, but when he was presented with the overwhelming evidence, he later admitted the charges. I’m grateful to the members of staff who went to assist the victim during what must have been a frightening experience.

“Unwanted sexual behaviour on the London Underground network will never be tolerated.  I’d like to thank the victim for helping us bring this violent man to justice, he’ll now spend six months behind bars and seven years on the sex offenders register.”

Siwan Hayward, TfL’s Head of Transport Policing, said: “Everyone has the right to travel without fear or intimidation and alongside the police we will eradicate unwanted sexual behaviour from public transport in London. This case sends a clear message to all potential offenders that they will be caught and brought to justice for their disgusting crimes, as well as showing that violence and abuse towards our staff will not be tolerated and offenders will be prosecuted. TfL works closely with the police day and night to ensure the safety of our customers.” 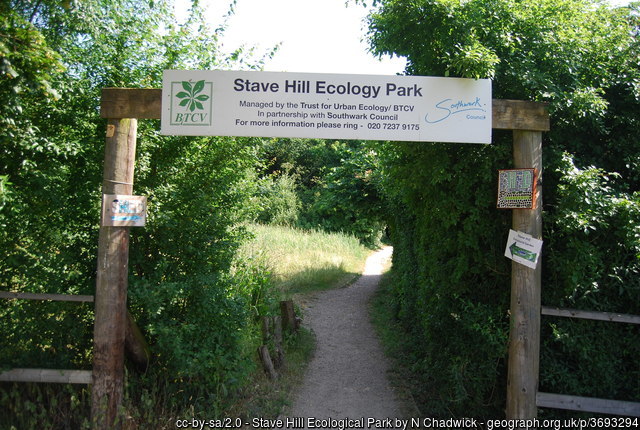 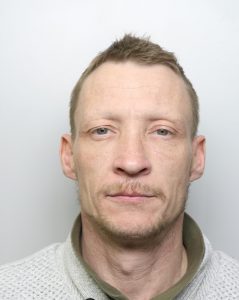 A man who conducted a campaign of fear against a member of  staff at Surrey Quays station has been jailed for more than two years.

37-year-old Patrick McFetridge from Druid Street threatened and intimidated the worker at Surrey Quays station nine times between November 2017 and February 2018, including racially abusing them, swearing at them and making threats to kill.
During his three-month scare campaign, McFetridge told the member of staff he would cut their face and come after their family. He also urinated on the counter while the victim was stood behind it, which required specialist cleaning afterwards.
McFetridge was arrested and later charged with putting a person in fear of violence and criminal damage, which he denied.
Following a trial he was convicted of the offences and on 18 May he appeared before Blackfriars Crown Court, where he was sentenced to 30 months behind bars. He was also handed a five-year restraining order and a Criminal Behaviour Order banning him from Surrey Quays station for five years.
Detective Constable Richard Rowe, from British Transport Police,  said: “For no reason at all, McFettridge targeted this member of staff, leaving his victim fearing for their life.
“We will not tolerate the abuse of rail staff for simply doing their jobs and the sentence handed to McFettridge shows the courts take an equally dim view of such behaviour.”
Siwan Hayward, Head of Transport Policing, said: “Our staff work extremely hard assisting customers and ensuring the network is a safe environment for all. Like everyone, they have the right to go about their job without fear or intimidation. The sentence handed down to McFetridge reflects the seriousness of his actions and that we do not tolerate, in any way, abuse against our staff.”

Police are appealing for witnesses following a hit-and-run collision in Rotherhithe.

Officers were called to Rotherhithe Old Road – near Surrey Quays station – at about 8.55am on Monday morning to a report of a car in collision with a pedestrian.

The pedestrian –  a 46-year-old woman – was taken to hospital where she remains in a serious but stable condition.

Her next of kin have been informed.

The vehicle involved, a blue Mercedes B200 Sport, failed to stop at the scene.

The car was found later that day abandoned on the Kirby Estate in SE16.

As part of the investigation, officers returned at around 11am on Tuesday to take photographs of the scene.

Officers from the Roads and Transport Policing Command are investigating.

Any witnesses or anyone with any information is asked to call police on 101 quoting CAD 1599/05 March.

As part of the current round of consultation on the Canada Water Masterplan, developer British Land has revealed that it has exchanged contracts with the Mayor’s Office for Policing & Crime  (MOPAC) to buy the former Rotherhithe Police Station, which closed last year.

The site will be incorporated into the company’s broader plans for the area.

You can see the consultation materials here; the deadline for online feedback is Sunday 4 February. Mini-exhibitions will be held on Tuesday at Silverlock Hall and Wednesday at Mayflower Hall.

Rotherhithe Police Station closed on Monday as local officers relocated to their new base inside Seven Islands Leisure Centre.

Although the front counter closed in 2013, officers have continued to work from the building.

Now the building on Lower Road has been earmarked for sale by the Mayor’s Office for Policing and Crime.

Colleagues moved out of Rotherhithe Police Station forever today – some great memories, good times and lots of brilliant police work to be had here over the years – Closed forever, never forgotten, we will miss you…x @MPSRotherhithe #Rotherhithe pic.twitter.com/UWSbW55v3G

Details of two Dispersal Areas in Bermondsey (using powers under the Antisocial Behaviour, Crime & Policing Act 2014) have been announced by Southwark Police:

Mayor of London Sadiq Khan has confirmed that Rotherhithe Police Station in Lower Road will be put up for sale in September, five years after a sell-off was agreed in principle by his predecessor Boris Johnson.

News of the latest sell-off attempt came in response to a question tabled by Andrew Dismore AM:

Of the police buildings closed and earmarked for disposal under the previous Mayor there are five that have been vacated and will be openly marketed for sale from September. The 5 properties are:

Rotherhithe Police Station’s front counter closed in 2013 but the police contact point provided at Canada Water Library as a partial replacement is now itself under threat.

Last week Neil Coyle MP tweeted that he had attended the final ward panel meeting to be held in the Lower Road building: