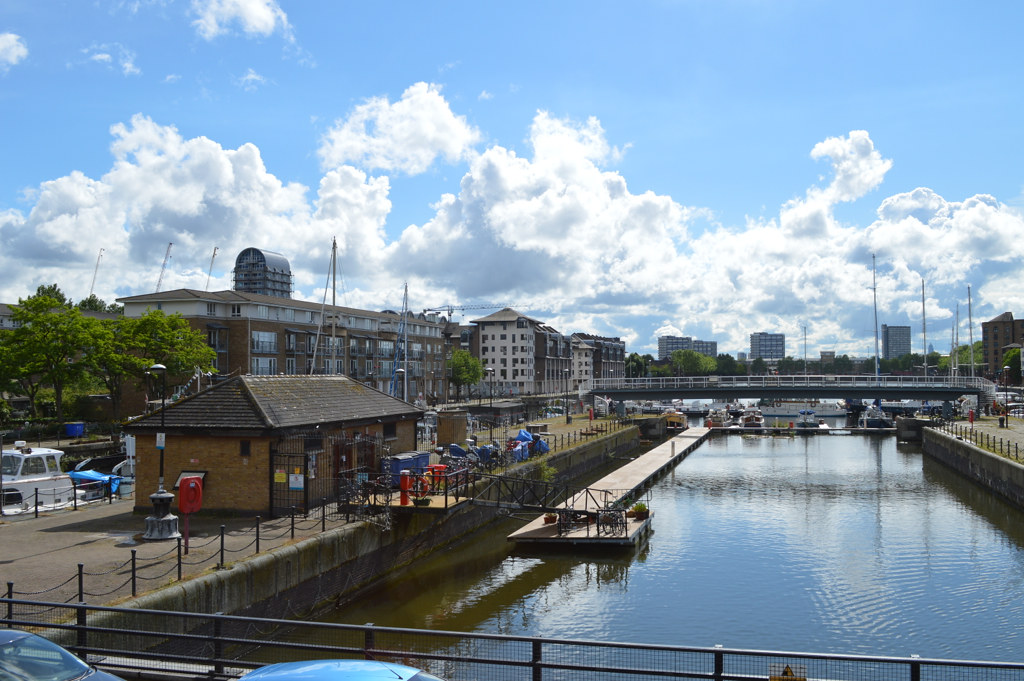 Southwark Council has issued this safety advice in response to the growing problem of mobile phones and other valuables being stolen by thieves on mopeds:

Last week Southwark Council street cleaners confronted a pair of thieves on a moped who had just snatched valuables from a woman on the street around Greenland Dock, Rotherhithe.

The council and police are aware of a number of incidents like this in the area and are working to crack down on people using stolen scooters and mopeds.

Cllr Barrie Hargrove, cabinet member for communities, safety and leisure, said: “Southwark Council is working closely with police to crack down on these despicable thefts, and we are very proud of our staff members who went above and beyond their duty to help try and catch these thieves. We would ask all our residents to remain vigilant and report any incidents like this to the police.”

Residents can also follow some simple advice to prevent becoming targets for these kinds of thieves:

Scooter and moped riders are also being urged to consider additional measures to secure their mopeds and scooters, such as using fitted anchors, security loops, disc and chain locks, and audible alarms.

Residents can also help police tackle moped theft and moped related crime such as theft snatch by reporting to police if you have witnessed or have footage of a bike being stolen or thieves carrying out a snatch theft. Your information will be treated in confidence and will help police to develop intelligence and target the thieves. Please contact us with:

You can do this by contacting the Met police on:

In the event of a crime taking place, always call 999.

Phone snatchers on bikes are targeting people in the Southwark area.
Avoid the roadside when using your phone https://t.co/8TqMqVwFyY pic.twitter.com/vYdeQ5LoQP

Register your phone today to help police identify and return it to you in the event that it is lost or stolen #immobilise pic.twitter.com/HO78yrVLaW

Prevent phone snatchers from accessing your personal data by turning on security
settings on your phone https://t.co/8TqMqVwFyY pic.twitter.com/xBO0wTJLqN

Know more than the colour & model of your mobile. Supply your IMEI to help identify it if stolen pic.twitter.com/8RhEd6POXP

The police ‘contact point’ at Canada Water Library – set up in 2013 to compensate for the closure of the front desk at Rotherhithe Police Station – is to be axed under plans set out earlier this month by the Mayor of London Sadiq Khan.

Police officers are available at Canada Water Library for three hours a week.

Now the Mayor is planning a further raft of closures of front counters and contact points.

Two men have been sentenced to a combined minimum of 58 years imprisonment for the murder of 18-year-old Ben Purdy in Mossington Gardens a year ago this week.

Andrew Bayne, 37, from SE8 was found guilty of the murder of Ben Purdy at the Old Bailey on Thursday 19 November.

The next day, at the same court, he was sentenced to life imprisonment to serve a minimum of 30 years. He was also sentenced to seven years imprisonment for possession of a firearm with intent to cause fear or violence. The sentences are to run concurrently.

Michael Bagnall, 22, of SE13 was found guilty of the murder of Ben Purdy at the Old Bailey. He has now been sentenced to life imprisonment to serve a minimum of 28 years. He was also sentenced to two years imprisonment for affray. The sentences are to run concurrently.

Detective Chief Inspector Graeme Gwyn, of the Homicide and Major Crime Command, said: “I am very pleased with the sentences handed down today. Ben was hunted through the streets by Bayne and Bagnall, who were armed with deadly weapons and had deadly intentions.

“The trial has been a harrowing experience for Ben’s family and I commend them for their dignity and composure throughout. No degree of justice will bring Ben back to his family but I sincerely hope that the verdicts reached today will bring a measure of comfort to those who miss him most.”

Ben’s mother Joanne said in an impact statement presented to the court: “The trial has been long and stressful for my husband and I. The void that Ben’s death has left will never be filled. We will always have him missing in our lives. We will never be able to see him conquer his dreams or see him walk down the aisle or share any of the achievements that he would have worked towards. All we have are those brief 18 years to hold onto before he was taken away from us so cruelly.”

In an impact statement presented to the court Ben’s father, Stephen Lewis, said: “I have been unable to cope with the loss of my son. It’s such a tragedy for such a young life. Ben had been working hard to build a career as a plumber, his whole future was in front of him and I’m sure he would have had a great future. I have attended court every day during the trial and not once have any of the defendants shown me any remorse or dignity. They left Ben for dead in the street. Our son hasn’t got a life and our lives will never be the same again.”

Sentencing for three other men convicted of offences in connection with the murder will be scheduled in due course.

Police are appealing for information after a laptop was stolen from a charity during a burglary.

The burglary occurred at around 4.45am on Wednesday 18 November, at the premises of Homes 4 Heroes in the Surdoc Club, Cope Street, Rotherhithe.

A white Toshiba laptop Satellite C55 DA14 was stolen during the burglary and it contained templates used to make identity passes for the charity’s representatives.

The charity has now changed the passes for its staff and volunteers, but advises if anyone has any concerns about someone claiming to be from the charity they should contact UK Homes 4 Heroes on 020 7237 6363.

If anyone has any information regarding either the burglary, or the whereabouts of the laptop, they should call Southwark Police’s CID on 101 or Crimestoppers anonymously on 0800 555111, quoting crime reference 3033697/15.

A 28-year-old man was arrested in connection with the burglary on Thursday 19 November. He has been charged with burglary and will appear at Camberwell Green Magistrates’ Court on Friday 20 November.

Neil Coyle MP has told Parliament that Southwark Police were  “unable or under-resourced” to tackle a problem with drug dealing and heroin use on an estate in Rotherhithe.

Speaking in a Commons debate on policing on Wednesday evening, he said that his constituents are “very concerned about the prospect of a 25 to 40 per cent further cut to resources”.

He went on to describe “the rise of the visible use and sale of class A drugs” in central London.

“In Rotherhithe in particular – at Tissington Court – residents felt that the police were either unable or under-resourced to be able to tackle regular heroin use and sale within a block,” said Mr Coyle.

“Families felt unable to send their children up and down the stairwell because of the use of heroin in that stairwell and the impact of use – including the avoiding of barrels on the stairs during the day.

“It took an incredible amount of time get that issue resolved, and a concerted effort on my part with the Rotherhithe councillors who took the issue to the police with the local tenants’ association.” 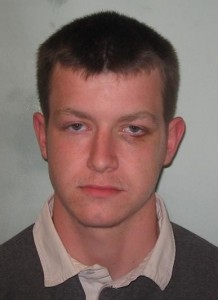 Police are appealing for help to find a man missing from his home near Surrey Quays Shopping Centre.

Charlie Murray, 19, was last seen at 8.15pm on Wednesday 14 October at his home on Hothfield Place off Lower Road.

Charlie is described as white, 5ft 10ins tall, of medium build with short dark brown hair. He has a tattoo on his right arm with the words ‘NEVER GIVE UP HOPE’.

His family are growing increasingly concerned for his welfare as his disappearance is out of character.

Anyone who has seen Charlie is asked to contact Southwark Police by calling 101.

Southwark’s borough fire commander Simon Tuhill has reassured local residents that they shouldn’t be alarmed if they see lots of fire engines at Harmsworth Quays this week.

In #Southwark borough we are planning two large scale training exercises. Both will be in Surrey Quays at a disused print works.

We start with an exercise using 6 fire engines on Wednesday. As a management team we are just putting the final touches on it.

We have tried to plan our training exercises to allow people from firefighter right up to senior officer level to be tested.

I will of course tweet some photos from Wed. If you're near #SurreyQuays Shopping Centre and see you lots of fire engines it's only us!

Police in Southwark are appealing for information and witnesses after a man was found with serious head injuries at the southern approach to the Rotherhithe Tunnel.

Officers were flagged down at 4.19am on Friday 26 June after a man was found collapsed.

They attended to the man who was unresponsive and suffering from a serious head injury.

London Ambulance Service arrived soon after and took the man, believed to be 19 years old, to a central London hospital. His condition is critical.

Officers believe they know the identity of the injured man and his next-of-kin have been informed.

No arrests have been made.

Anyone with information regarding this incident is urged to call police on 101 or Crimestoppers anonymously on 0800-555-111.

Police are appealing for information after a fight between two men outside a barber’s shop in Rotherhithe New Road shortly before 3pm on Friday.

One of the men was armed with a broom and the other with a gun.

During the fight a member of the public – said not to be involved in the altercation – was shot in the leg.

The 38-year-old injured woman was taken to hospital by London Ambulance Service.

Her injuries are not life threatening.

Officers from the Met’s Trident gang command are investigating. No-one has been arrested.

Detectives are keen to hear from anyone who either witnessed this incident or has information concerning the identity of the two men involved, particularly the man armed with the gun.

Anyone with information should call Trident officers on 101 or call Crimestoppers anonymously on 0800 555 111.

Police are appealing for information following a collision between a van and a mobility scooter.

Officers were called to a collision on St James’s Road at the junction with Jamaica Road  just after 12.30pm on Friday.

A 69-year-old woman, who was on the mobility scooter,  was taken to a south London hospital where she remains in a critical condition.

Anyone with information should call the serious collision investigation unit on 020 8285 1574.

The driver of the van stopped at the scene. No-one has been arrested in connection with the incident.