Transport for London has launched a public consultation on plans for a bridge for pedestrians and cyclists across the Thames from Rotherhithe to Canary Wharf.

Two possible landing points on the Rotherhithe side have been presented: Nelson Dock and Durand’s Wharf.

TfL says: “Based on the studies that we have carried out so far, we propose a navigable bridge as our preferred option for a river crossing between Rotherhithe and Canary Wharf. Whilst there is a strong case for providing a river crossing, we do not wish to prevent the continued use of the River Thames for the transport of people and goods.”

Val Shawcross, Deputy Mayor for Transport, said: “It’s great news that we’ve started the formal process for a new walking and cycling crossing between Rotherhithe and Canary Wharf. This area of east London has seen huge growth in recent years, and our desire for a dedicated crossing for cyclists and pedestrians shows our real commitment to greener forms of transport across London.

“It will provide vital new connections to work, shopping and leisure facilities for thousands of local residents and provide a new route for commuters into Canary Wharf. We now want everyone to have their say before we outline further details of how we can make this ambition a reality.”

Full details of the consultation – which runs till 8 January 2018 – can be found here.

TfL is holding public exhibitions in SE16 on Saturday 18 November and Thursday 23 November.

Transport for London has recently circulated this letter:

I am writing to inform you that for five nights a week from 13 November to 8 December, a series of temporary closures of Rotherhithe Tunnel are planned.

This is so we can carry out essential investigation works and test safety systems in the tunnel.

These investigation works will inform future refurbishment works.
We are working overnight to help minimise any inconvenience that may be caused.

How the works may affect you

There will be no pedestrian or cyclist access during the investigation works due to safety precautions. Please follow signed diversion routes.

We apologise in advance for any inconvenience and thank you for your patience while we complete these essential investigative works.

Should you have any questions or concerns about the works, please contact us using the details at the top of this letter.

Transport for London has not yet ruled out a tunnel or an enhanced ferry service between Rotherhithe and Canary Wharf as an alternative to the proposed walking and cycling bridge.

TfL is pressing ahead with plans for a bridge, but says that next month’s public consultation on the scheme will also feature tunnel and boat options.

A report [PDF] on the proposed Rotherhithe crossing was considered by TfL’s programmes and investment committee last Friday.

Based on the work that has been done to date, TfL has provisionally
recommended that a navigable bridge should be investigated in greater detail, with the initial options assessment concluding:

(a) an enhanced ferry would be the lowest cost option and could be delivered
more quickly. It provides a positive Benefit: Cost Ratio (BCR) but, unlike a
fixed link crossing, it is unlikely to deliver a step-change in walking and
cycling accessibility, or realise significant wider economic benefits;

(b) a navigable bridge has a broadly comparable BCR to an enhanced ferry,
however, it would realise greater total benefits by providing a permanent link
to facilitate a transformational change in accessibility. This aligns more
strongly with developing policy and the scheme’s strategic objectives and,
further, a permanent link has the potential to realise significant wider
economic benefits which have not been quantified in the BCR at this stage. A
bridge has strong support amongst cycling groups, accessibility groups and
other stakeholders, particularly on the south side of the river, but concerns
remain over the need to open for shipping and the impact on residents in the
immediate vicinity; and

(c) a tunnel would offer similar benefits to a bridge and provide a more reliable transport connection, as it would not need to open for shipping. It would have lesser visual impact than a bridge, however, it may be seen as a less attractive environment for users and is forecast to cost significantly more, resulting in a lower BCR.

Work is now underway to investigate navigable bridge options in further detail and, as more information becomes available, the provisional selection will be refined and tested alongside the other options before a final decision is made on the solution for a new crossing.

Whilst the further investigations continue, it will be important not to dismiss other options until they have been considered as part of a public consultation.

Remarks by former TfL boss Sir Peter Hendy – commenting on the “pretty weak business case” for the Rotherhithe bridge – were recently made public as part of the evidence presented to Margaret Hodge’s review of the Garden Bridge. 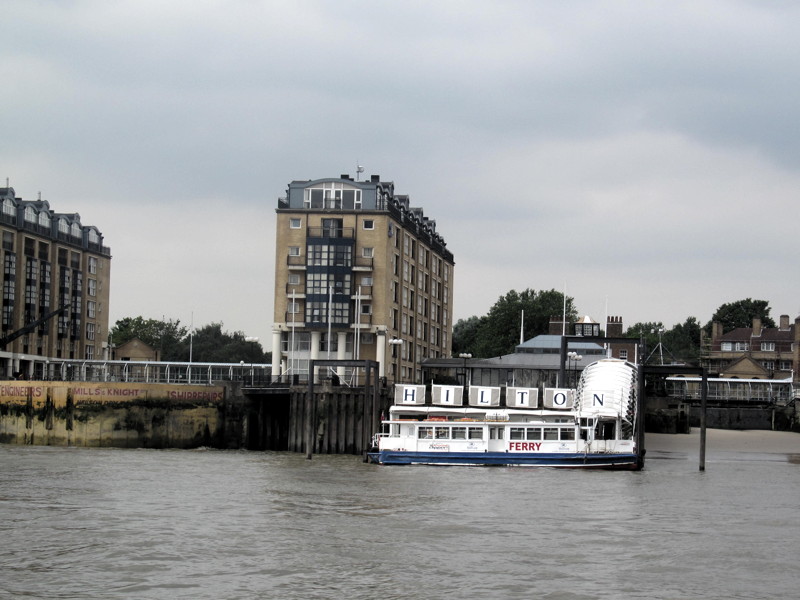 Thames Clippers has warned passengers to expect disruption to the ferry service between Nelson Dock at Rotherhithe and Canary Wharf next week due to lower than usual tides.

In an email to customers, the ferry operator said:

Please be advised that low tidal conditions are predicted 21st August – 25th August which may cause disruption to the RB4 Doubletree Docklands Ferry service at the following times:

We’re sorry for the inconvenience caused.

The publishers of the famous A-Z London maps have added a dotted line across the Thames to mark the likely route of the proposed walking and cycling bridge between Rotherhithe and Canary Wharf.

At Mayor’s Question Time on Wednesday, Lib Dem London assembly member Caroline Pidgeon quizzed Sadiq Khan about plans for the walking and cycling bridge from Rotherhithe to Canary Wharf, as well as the prospects for extending the Santander Cycles bike hire scheme to SE16.

Listen to the full exchange here: 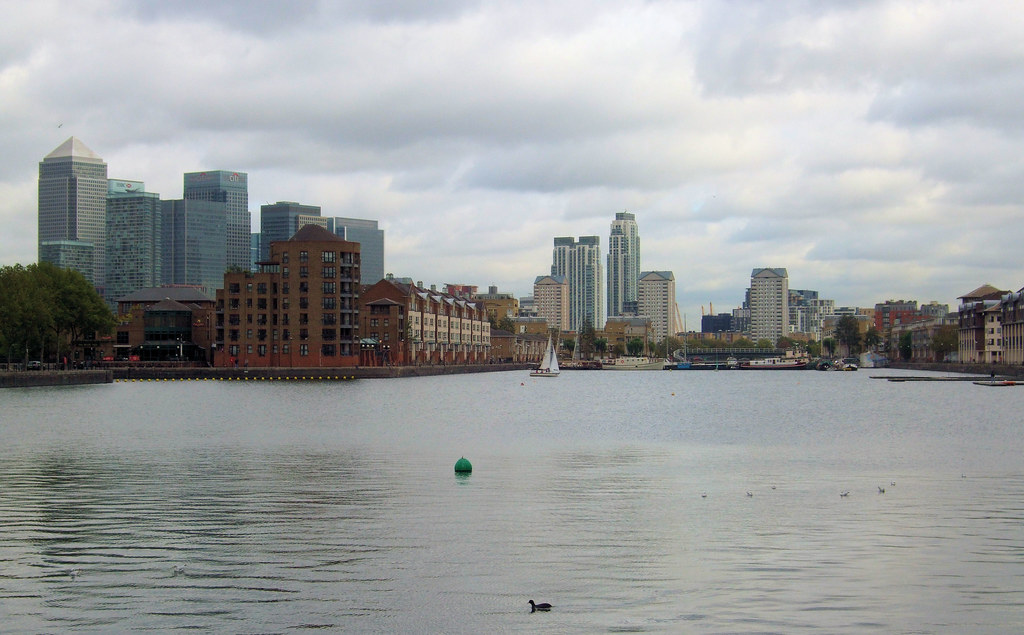 Can the Leader confirm whether the council will install more prominent warning signs
along Greenland Dock, including details of the depth of the water and danger to life, in
response to the tragic death of a young man there on 17 June 2017?

This is an awful loss and our thoughts are with the family of the young man at this
painful time. The council supported the police in their search, and has offered support
to the family.

This tragedy is a stark reminder of why the waters around the marina are not suitable
for swimming, and as this warm weather continues we would urge all residents to stay
out of the water, tempting as it may be.

A number of safety measures are in place; the docks are surrounded by a pole and
chain fence with poles 1 metre high joined by two rows of chains. Refuge chains are
looped around the dock at water level that can be used by a person in the water to
support themselves. Life buoy holders are provided at average intervals of 55 metres
and on the back of each lifebuoy holder is a no swimming sign. Ladders are fixed to
the walls at approximately 55 metre intervals to climb out of the dock and there are
some existing stairs in various locations. Lifebuoys are checked daily.

However, as with any serious incident, the council instigates a serious incident panel
with immediate effect to review what further measures, if any, could be implemented to
reduce the likelihood of such tragic incidents happening in the future. As part of this
review the panel will consider the benefit of installing more prominent warning signs
along Greenland Dock.

At his first Mayor’s Question Time on Wednesday morning, Sadiq Khan was questioned by Caroline Pidgeon AM about plans for the proposed Rotherhithe to Canary Wharf walking and cycling bridge as well as the prospects for extending the cycle hire scheme to SE16.

Labour mayoral candidate Sadiq Khan has published his manifesto – and it includes a pledge to support a bridge across the Thames between  Rotherhithe and Canary Wharf.

Mr Khan says he will “work to break down some of the city’s physical barriers, such as by backing the Rotherhithe-Canary Wharf cycle and pedestrian bridge”.

Labour London Assembly member (and directly elected mayor of Tower Hamlets) John Biggs tabled a formal question to Mayor of London Boris Johnson seeking an update on the proposed ‘Brunel Bridge’ for pedestrians and cyclists which could be built to link Rotherhithe with Canary Wharf.

TfL is providing financial and other support to the work being undertaken by Sustrans to develop plans for a new pedestrian and cycle bridge between Canary Wharf and Rotherhithe.

The work suggests that there is a positive case for better crossings in this area. It has found that a bridge would deliver benefits by encouraging walking and cycling trips, and provide an alternative to the busy Jubilee line between Canada Water and Canary Wharf.

There are some significant challenges that a bridge here would need to overcome, including meeting the needs of shipping and connecting into the existing walking and cycling networks on either side. Further work will be required to investigate these issues.

TfL expects to receive the outputs of this work shortly. Next steps will be considered with key stakeholders, including the opportunities that exist for funding, construction and ongoing maintenance.