A new independent website has been set up to provide information on the proposed ‘Brunel Bridge’ – a walking and cycling link between Rotherhithe and Canary Wharf.

The site at brunelbridge.london will carry regular news updates on the project.

” My Deputy Mayor for Transport and TfL officers have met with Sustrans to assist them in the development of the scheme,” said Mayor of London Boris Johnson last week.

“Subject to demand and funding this work will lead to the development of a business case.”

Another vignette from the Thames News archive

Southwark Council has come under fire after its legal challenge to plans to use Chambers Wharf as a construction site for Thames Water’s super-sewer was rejected for being a day too late.

“We are extremely disappointed by this decision and the Government’s decision to not consider alternatives to Chambers Wharf,” said Cllr Peter John, leader of the council.

“We always knew this was going to be a tough battle, but I wanted Government Ministers to have to justify to local residents why they think its acceptable that their lives should be blighted in this way.  I again repeat my challenge to Eric Pickles and Liz Truss.  Come to Bermondsey and speak to people about why they think seven years of 24 hour a day noise next to homes and schools is OK.

“We will now go back and look at our options, take advice from counsel and make a decision on our next steps. Meanwhile we will continue to work with residents to mitigate the harm they will suffer.

This was a complex legal case which was argued for four hours by QCs at court yesterday. Unfortunately the judge disagreed our lawyers’ interpretation of the legislation and court practice rules. This decision emphasises the challenge local communities and councils will face when objecting to major infrastructure projects.”

Liberal Democrat councillor for Riverside ward, Eliza Mann, who attended the High Court hearing, said: “This is a bitter blow for all the residents, local councillors and local MP who have been fighting Thames Water’s plans to build the super sewer at Chambers Wharf.”

Lib Dem leader Cllr Anood Al-Samerai said “We all trusted the council to represent our community in court.  Now the case for a judicial review has been thrown out all because the council couldn’t manage to submit its paperwork on time

“This must rank among one of the council’s worst-ever bungles.  It is totally incompetent and amateur.  The leader of the council must now explain why Southwark has let its residents and our community down so badly.”

Campaign chairman Barney Holbeche said: “Save Your Riverside is very disappointed that Southwark’s legal challenge to the TTT project in respect of impacts at Chambers Wharf has been rejected by the High Court – and on a legal technicality rather than the merits of the case.”

“We will continue to press Thames Water, the Infrastructure Provider, and the contractors to minimise the impacts of this massive construction imposition on the doorsteps of thousands of Southwark residents in the years to come. We thank LB Southwark for all their efforts and will work closely with them on residents’ behalf.” 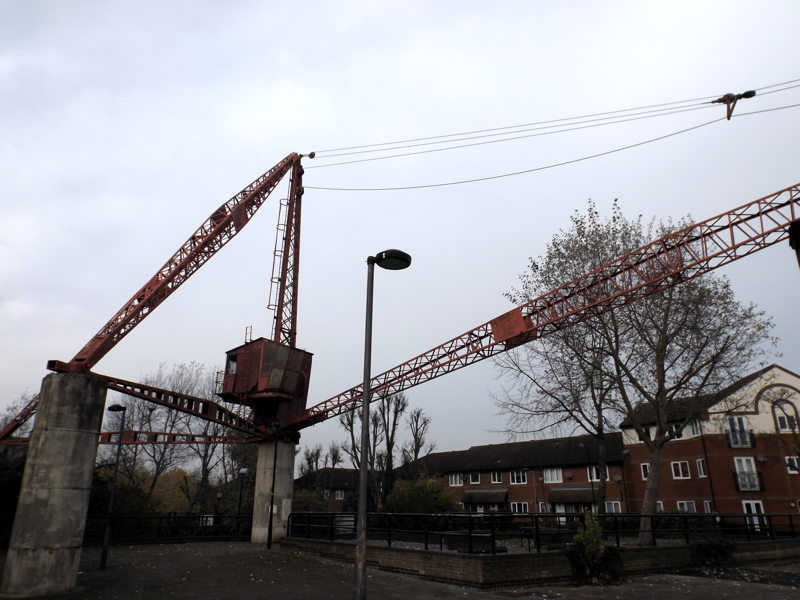 Plans for a new riverboat pier in Rotherhithe to commemorate the 400th anniversary of the sailing of the Mayflower have received a favourable mention – but no promise of funds – from the Government in the Chancellor’s Autumn Statement.

The government will also discuss plans for a Growth Zone in Croydon, subject to value for money, and continues to support flourishing culture funded through local channels, including the proposal to construct a new pier in Rotherhithe.

“Our campaign to build a new pier in Rotherhithe is gathering momentum,” said Simon Hughes MP – who first went public with the proposal back in March.

“I was pleased to see the Chancellor of the Exchequer mention it in today’s Autumn Statement. Although we are six years away from the 400th anniversary of the sailing of the Mayflower from England to America, if we are going to have a significant lasting memorial then it is important that plans are in place soon, so that the pier can be in use by commuters, local residents and visitors.

“The Mayflower sailed from Rotherhithe, and its crew came from the area – so it is absolutely right that Rotherhithe be a central part of the celebrations in 2020 and I will keep working to make this happen.”

The government has called for further investigation into plans for a new bridge across the Thames between Rotherhithe and Canary Wharf.

The National Infrastructure Plan – published by the Treasury on Tuesday – contains this sentence:

An interesting proposal made by Sustrans, and worth looking at in more detail, would be a new pedestrian and cycle bridge from Rotherhithe to Canary Wharf – which could be called the Brunel Bridge in tribute to one of the great figures in the history of UK infrastructure.

Southwark Council recently gave its in-principle backing to the proposed bridge, and Mayor of London Boris Johnson has also expressed interest in the scheme.

Simon Hughes MP said: “It is clear to me that a river crossing between Rotherhithe and Canary Wharf is long overdue.

“This is a project which I have championed, and which will make a real difference to the lives of a great many local people.

“The government has now made a commitment to take an interest in the proposal for a new cycle and pedestrian bridge, named the Brunel Bridge in tribute to the great father and son pioneers of UK infrastructure.

“This is great progress – and I will keep fighting to deliver the Brunel Bridge for the people of Bermondsey, Rotherhithe and the rest of London.”

Just over three years since the theft of the statue of Dr Alfred Salter from Bermondsey Wall East, the whole family –  including a new statue of Ada Salter – is now returned to the riverside.

The new statues have been created by the original artist Diane Gorvin.

According to the council leader, the new Ada Salter statue is the first statue of a female politician to be erected in London.

In his speech, Simon Hughes MP called for  Southwark Council to name a new school in the borough after Ada Salter to complement the existing Alfred Salter Primary School.

Dr Ruth Wallis, director of public health for Lambeth and Southwark, removed the cover from the statue of young Joyce Salter which has been in storage since the theft of her father’s statue three years ago.

Maisie Carter and her grandson Archie unveiled the sculpture of the Salter family cat which has been returned to its place on the river wall.

Other guests at the event included peace campaigner Bruce Kent and the deputy lieutenant for Southwark, Jenny Bianco.

An exhibition of photographs of the Salters was displayed after the ceremony in the nearby church of St Peter & the Guardian Angels.