The owners of Canary Wharf have criticised plans for a bridge across the Thames linking the Isle of Dogs with Rotherhithe.

“We are concerned about the proposed walk and cycle river crossing between Rotherhithe and Canary Wharf,” says CWG in its written statement on transport schemes in London.

“This is a very expensive and environmentally intrusive scheme and we believe the significantly cheaper ferry proposal should be properly considered as a more viable and attractive (to users) proposition.

“With public finances heavily constrained, it is vital that investment in infrastructure is spent wisely on the most important, beneficial and deliverable initiatives.”

Last month Mayor of London Sadiq Khan said: “Transport for London (TfL) is continuing to develop the scheme, including aspects of design, construction and operation of this important new crossing.

“As part of this, TfL is engaging directly with a number of stakeholders, including the Port of London Authority, London boroughs, land owners and local community groups.

“This work is helping to develop greater detail on the scheme, which TfL will share as part of a formal public consultation, which is currently planned to launch in spring 2019.”

In its London Plan EIP submission, Canary Wharf also argues that greater capacity is needed on the Jubilee line in order to meet future demand.

A video of a lecture by Stella Bickelman about the archaeological investigations at the Chambers Wharf ‘super sewer’ site has been published on YouTube:

Plans to light up some of Rotherhithe’s landmark buildings to commemorate the 400th anniversary of the sailing of the Mayflower in 2020 have moved a step closer.

More than £30,000 has been raised to allow a feasibility study to be undertaken. £20,000 has been contributed by the Greater London Authority with the balance coming from local people, businesses and organisations.

WE HIT OUR TARGET TODAY – 3 DAYS BEFORE MONDAY’S DEADLINE – AND WE’VE EXCEEDED IT!  We never believed for a moment that it would be possible to raise such a significant sum in such a relatively short space of time, but thanks to YOU and all the other 176 generous pledgers we have actually managed to achieve our goal.

We are now in overfunding mode!  This is a wonderful – and very unexpected – position to be in.  It will still be possible to make a pledge for the next couple of weeks, and as stated on our Spacehive project page all the additional funds will be held in reserve to put towards the cost of the installation of the lighting scheme later on, after the technical feasibility study has been completed.

It’s been suggested that there is potentially funding available in another mayoral funding pot to cover part of the cost of the installation, and last week I was given a promise of corporate financial support for the installation, which is very exciting! But there is lots more work to do.

We want to move the process forward as quickly as we can now, and we are still hoping that there might be time for this legacy lighting scheme to be installed by July 2020 when the Mayflower 400 celebrations/commemorations begin.  We have already arranged to meet with the conservation architect and the lighting designer in January to discuss next steps.  And if you would like to learn more about the proposed scheme, evening lighting demonstrations will be available for local friends and neighbours – and for anyone else who’s interested – before design development.

Please help us by sharing this good news with all your networks and your social media.

THANK YOU AGAIN for your support and for your enthusiasm and for making it possible for us to take our exciting vision forward to the next stage.

Here’s the update that Clare Armstrong – who devised the project – shared with backers on the Spacehive crowdfunding site:

A new timetable has been introduced this week on the Thames Clippers ferry service between Rotherhithe and Canary Wharf, with two extended gaps in service during the day.

This is the email sent to passengers:

Historic England – the Government’s heritage watchdog – says that the tall buildings proposed in the Canada Water masterplan would have “a profound and far-reaching impact on the London skyline” and would harm the setting of two of the capital’s most famous landmarks.

Historic England’s Alasdair Young wrote: “… we have identified the impact of the development in views along the northern half of London Bridge towards the Grade I listed Tower Bridge as being particularly harmful.

“This is because the cluster of tall buildings, as accentuated by the 162m tower in Plot D would block the silhouette of Tower Bridge’s south bastion in kinetic views along London Bridge, visually competing with its monumental character and reducing its landmark status along the Thames.”

Historic England is also concerned about the impact on the protected view of St Paul’s Cathedral from Greenwich Park.

“We consider that the encroachment created by the tall buildings would cause harm to the landmark status of St Paul’s Cathedral,” wrote Mr Young.

He adds that the proposed tall buildings would also spoil the view of the spire of St Mary’s Church in Rotherhithe from Waterside Gardens in Wapping.

The watchdog acknowledges that the proposed tall buildings “largely” [their italics] accord with local planning policy.

The townscape assessment documents referred to in the HE response are available on the planning file for the masterplan application. 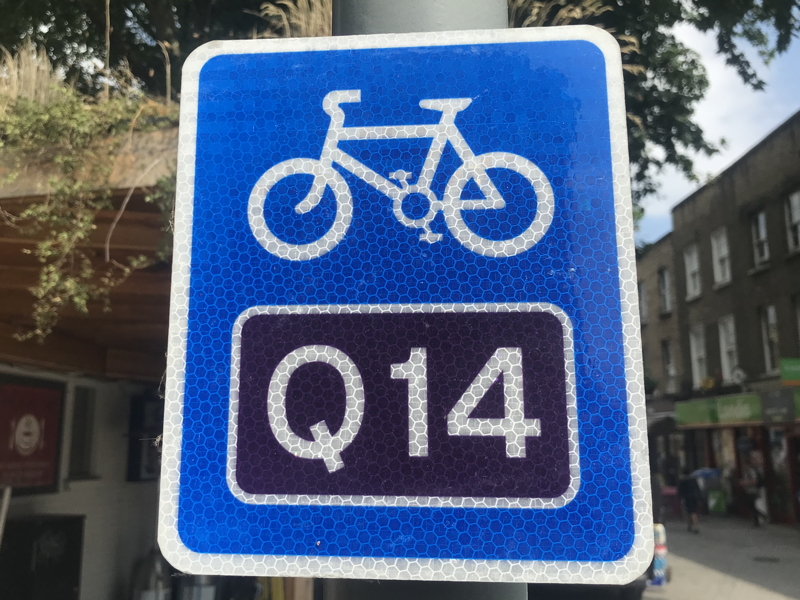 A £1.3 million section of cycle route between Canada Water and the the Southwark/Lewisham boundary at South Dock has been approved by Southwark’s cabinet member for transport.

This scheme is part of the much larger Quietway 14 route which stretches from Blackfriars Road in the west to the Thames Barrier and beyond in the east.

Further details are available in these documents on the Southwark website.

Southwark Council is recruiting a ‘consultation & involvement officer’ to work with residents near Chambers Wharf affected by the supersewer construction project. 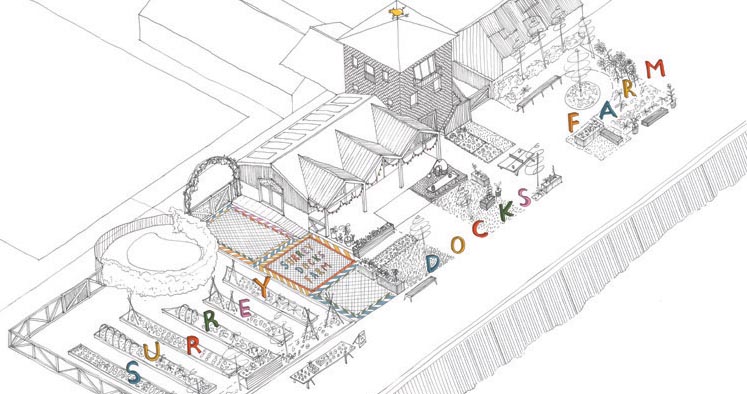 Surrey Docks Farm has published details of its plans to upgrade the riverfront section of its site. Details – and a feedback form – are available on the farm website.