Police are appealing for assistance in tracing a 12-year-old girl who has not been seen since Monday 26 August.

She is a white female of average height and medium build with dyed auburn hair. She was wearing a blue denim skirt, a union flag top and blue and white Nike Air trainers. 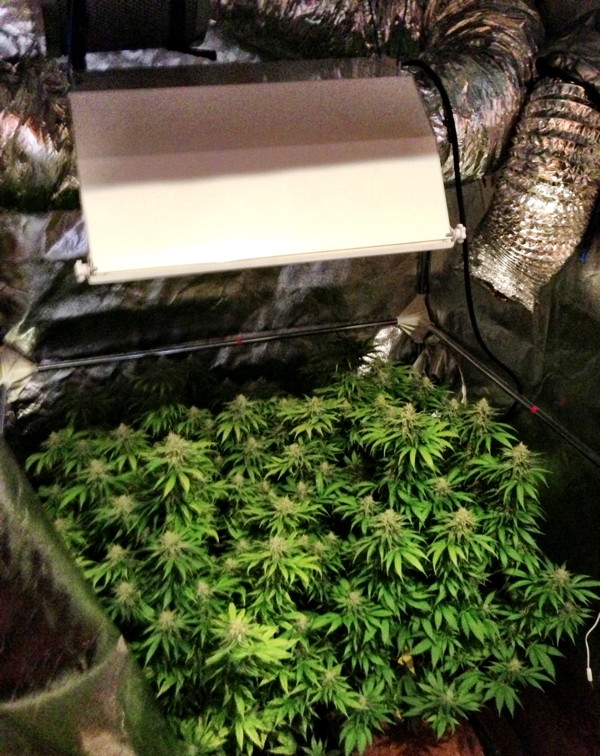 On Wednesday 30 July officers from the Riverside Safer Neighbourhoods Team searched a flat on the Southwark Park Estate.
Hydroponic equipment was discovered and a number of mature cannabis plants were found growing.  A 46 year old man  was arrested  and received a caution for cultivation of cannabis.

Rotherhithe Police Station closed its doors to the public for the last time this week.

A new police ‘contact point’ – open for just three hours a week – has been introduced at Canada Water Library.

Officers will be available at the library on Wednesday and Thursday evenings between 7pm and 8pm and on Saturdays from 2pm to 3pm.

The police station closure is part of the Met’s new local policing model which sees Safer Neighbourhood Teams reorganised into clusters to cover a number of wards.

Assistant Commissioner Simon Byrne said: “We’ve listened to the public and understand people just want to know police are close by. So we are changing the way we do things to make neighbourhood policing our priority

“We will now have around 200 places for the public to access police, in more convenient locations and at differing times.

“We are telling Londoners exactly where their police will be and when, making it clearer what the best way to access police is depending on what their need is.”

“I said that I did not object to the plan to close Rotherhithe police station provided that a replacement permanent police base for Rotherhithe, equally or more accessible to the public, is provided before the present station closes. I also made clear that there must continue to be a police front counter in SE16.

“It is not acceptable that there is not as of today a replacement front counter open for the people of SE16 to replace Rotherhithe police station.”

Mr Hughes said that the Canada Water Library contact point is “not a reasonable substitute” for the police station.

He added: “This is a clear failure of the Mayor of London and the Met police to honour the commitments they gave locally that no police station would close without adequate police presence to replace them.

“Of course it is welcome that crime figures are falling significantly in Southwark as elsewhere in London. And the commitment to increase the number of officers doing neighbourhood policing is also welcome.

“On behalf of the people of Bermondsey and North Southwark, I will now hold the police to account to make sure we have the number of inspectors, sergeants, constables and police community support officers promised in our area and we will go on pushing the police to agree with the council or another landlord to get the level of police counter service for SE16 which the community needs and expects.”

Rotherhithe Police Station is to be sold by the Met and it is expected that a new local base for officers on patrol will be provided at Seven Islands Leisure Centre.

British Transport Police  officers have issued a reminder about the consequences of falsely reporting crime.
False crime reports divert police attention from passengers and railway staff who really need it. People who are found wasting police time or perverting the course of justice can find themselves facing arrest.

On Monday a man was handed a formal police caution after boasting on Twitter that he had lied to police about having his wallet stolen, with BTP officers quickly picking up on the messages.

The 23-year-old man, from Benfleet in Essex, told police that he had his wallet snatched out of his hand whilst on board a train at Bermondsey Tube station.

But the man soon tweeted about how he had lied to BTP about the incident and had in fact forgotten his wallet.

The tweets were picked up by BTP’s control room and he was arrested a few hours later for perverting the course of justice, before being handed a formal police caution.

BTP Superintendent Matt Wratten said: “This man wasted valuable police time by falsely claiming his property had been stolen. He then had the audacity to brag about it on social media.

“Thanks to the quick actions of the staff in our Force control room, and the man’s tweets, we were able to quickly identify that the theft hadn’t taken place.

“We know the majority of people report crimes openly and honestly, and we will always treat every report as genuine. I hope this man and others who are considering making a false claim now think twice about doing so.”

“Our plain-clothes officers patrol the Tube network every day and are highly-trained in spotting the kind of behaviour that tells them someone is intent on theft.”

Southwark police have made a renewed appeal to the public asking for assistance in identifying a man whose dead body was found floating in Greenland Dock six months ago.

Police were called to the dock at 4.40pm on 18 September 2012 after members of the public saw the body in the water. The Metropolitan Police Service’s Marine Policing Unit recovered the body.

A post-mortem examination was conducted at Greenwich Mortuary on 19 September. Police are treating the death as unexplained, but not suspicious.

Southwark CID has released an artist’s impression of the man’s face in the hope that someone will recognise him.

Detective Inspector Ed Facer said: “It is difficult to believe that the man has not been missed by someone over the last six months – be it a family member, friend, neighbour, work acquaintance or member of the deceased’s local community.

“I would ask the public to spend a moment to look at the artist impression, together with the physical and clothing description provided, and contact the police if they have any information.” 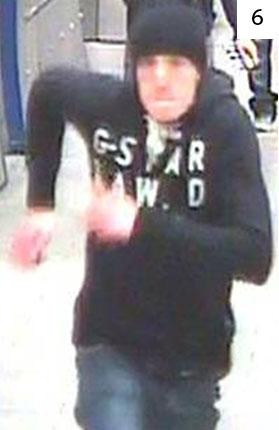 This image shows a man police want to speak to after a woman had her mobile phone snatched whilst on a Jubilee line train at Bermondsey Station at around 1.30pm on 10 December 2012.

Detective Inspector Jim Chamberlain said: “Incidents of this nature are frightening and intimidating for the victims involved and we are determined to find those responsible.

“Officers investigating each of these cases have carried out a number of enquiries to try and establish the identity of these people, including speaking to witnesses and circulating images on police intelligence systems, but to no avail so far.

“We’re now asking for help from the public to identify them. If you know any of these eight people and can tell us who they are, we want to hear from you.”

DI Chamberlain added: “A few simple precautions can help protect your belongings. Remember to zip up your bags, keep your jewellery, mobile phones, purses, wallets and MP3 players hidden and stay alert to what’s going on around you.” 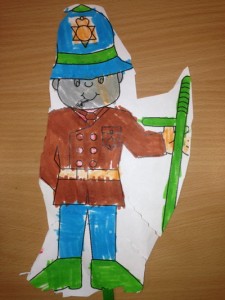 Children at Redriff Primary School have been visited by police officers and PCSOs from Surrey Docks safer neighbourhoods team  as part of the pupils’ ‘super heroes in the community’ project.

The local SNT members talked to the reception classes about what the police do, how they help members of the public and important crime prevention advice such as how to stay safe.

The team brought a police van to the school so the children could sit inside, hear the sirens and be shown all the equipment used by officers to help them arrive at a scene quickly.

“We are happy to have the opportunity to share important crime prevention advice and to be a part of their ‘super heroes in the community’ project,” said PCSO Amy Kempson.

“The whole team enjoyed meeting all the children and must have made an impression as a few days after the school visit, the children sent pictures they drew for the team of their special day!”

Full story over at SE1.

Under the Localism Act people can petition a council to designate a building as an asset of community value (ACV).

Buildings that are successfully listed cannot be sold without first giving community groups the right to bid for them in order to use them for community benefit.

Someone has applied to have Rotherhithe Police Station – which is intended for closure and sale – designated as such an asset.

The council has said ‘no’.

It’s only the second time the ACV procedure has been used in Southwark. Last autumn the Ivy House pub in Nunhead was granted ACV status by the council.

Last week Southwark borough commander John Sutherland told Bermondsey & Rotherhithe Community Council that the Met is “actively seeking” a suitable location for a contact point (or ‘front counter’) in SE16 but that there are “no guarantees” that such a facility will be provided.

Following the Mayor’s proposals to close police stations across London, and to open other police front counters to replace them, Simon Hughes MP and Southwark Liberal Democrats are asking for views from SE16 residents on where they would like most to see the new Rotherhithe front counter to open.

The Mayor’s Office for Policing and Crime (MOPAC) has told the MP that Rotherhithe Police Station will not close without opening a suitable alternative that is able to serve both Bermondsey and Rotherhithe.

However, Southwark Council leader Peter John this week told council assembly that MOPAC and the Met has not been able to tell the local authority how much it is willing to spend on the new front counters and this is hampering council efforts to identify possible locations.

Simon Hughes MP the Southwark Liberal Democrats are asking for people to put in order of preference the following potential sites for a new SE16 police counter, and to make any other suggestions.

Sites suggested by Simon Hughes MP and Liberal Democrats in Bermondsey and Rotherhithe are:

“Most people in our local communities do not want to see the closure of any existing police station. But if Boris Johnson, the Mayor of London, decides that Rotherhithe will close on its present site, then the community needs to find the best possible alternative,” said Simon Hughes MP.

“I hope that with a large response from people who live in SE16, we can give a clear indication to the Mayor as to where we want the Rotherhithe to be based in the years ahead.

“I am clear that the police should be based where the public can easily find them, talk to them and report crime and other information. I shall do all I can to make sure that we end up with the best possible alternative police base as well as the maximum number of police and police community support officers on our streets and around SE16.”