As part of London Technology Week, Mayor of London Boris Johnson has revealed that King’s College London and the University of Warwick are working with Bloomberg Associates, the Mayor of London’s Office and Southwark Council to advance the goal of establishing a CUSP London, a branch of New York University’s Centre for Urban Science and Progress, to be based at Canada Water from 2018.

This international partnership will train a new generation of postgraduate and PHD level urban scientists with the skills and knowledge to benefit London and other major UK and international cities.

Once fully operational the new centre at Canada Water will accommodate over 100 researchers and 500 students.

The Mayor has recently designated Canada Water as an ‘opportunity area‘ while King’s College is likely to create a new campus on part of the Harmsworth Quays site alongside its proposed student residences at the Mulberry Business Park.

Glorious morning to welcome @Batonrelay2014 to City Hall as it tours the country in advance of @Glasgow2014 1/2 pic.twitter.com/ffjEuS3zRh

Rotherhithe-based charity Time & Talents wants to set up an educational centre which will offer at-risk young people and vulnerable adults horticulture and construction qualifications, coaching them in workplace skills, supporting their transition into apprenticeships or employment. All growing will take place in communal areas on local estates, increasing ownership and wellbeing.

The charity has applied for nearly £25,000 from the Engage Mutual Foundation whose community awards are determined by a public vote. So far Time & Talents has notched up 63 votes but needs many more to be in with a chance of gaining the cash.

You can vote online until the end of May to show your support for this local initiative. 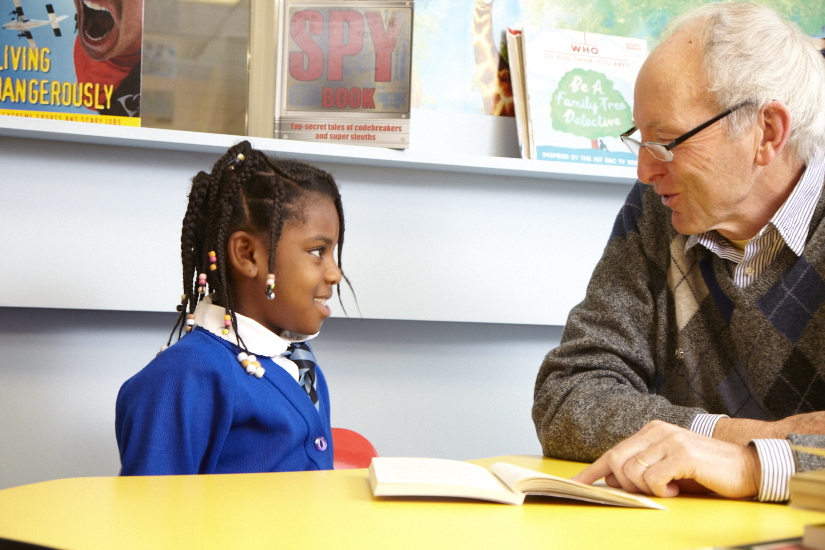 Beanstalk is a charity that trains volunteers to help children aged 6-11 become confident and literate.

They have launched a drive to recruit new volunteers in Bermondsey and Rotherhithe.

To become an Inspiring Reading volunteer you must:

The Bosco Centre – which runs programmes and traineeships for learners aged 16 to 19 – was inspected by Ofsted in February and the report has now been published.

The centre’s rating has been downgraded from ‘2 – good’ to ‘3 – requires improvement’.

The Compass secondary ‘free school’ on the former Southwark College Bermondsey campus has appointed Lauren Thorpe as its new principal.

She has been interim principal since the departure of Tony Searle at the end of last term.

In a letter to parents, chair of governors Dale Bassett wrote:

Following a full, open recruitment process, we are absolutely confident that we have selected the right person to lead Compass School on the next stage of its journey.

I know that you will trust that we have made the best decision in the interests of the school and your children, and I am pleased that this presents an opportunity to draw a line under the disruption of the past few months and focus on the future.

Lauren and I are very excited to build on the school’s successes this year as we look forward to growing in September.

This week Southwark’s cabinet confirmed the permanent expansion of Albion Primary School to two forms of entry from September 2015.

The cabinet also received a report about the future planned demand for school places in the borough.

The report shows that there will be a shortfall of 7.5 to 9 forms of entry in Bermondsey and Rotherhithe (in other words up to 270 reception places) by September 2016.

Strong hints were dropped that we will see plans for a new primary school in SE16 emerge this summer, after the hiatus caused by the local elections.

Listen to audio of the two cabinet items relating to school places:

Pupils from a Bermondsey school have interviewed Jeremy Paxman as part of the BBC’s School Report project.

As the BBC begins a four-year commemoration of the centenary of World War One, presenter and journalist Jeremy Paxman explains to a group of School Reporters from St Michael’s Catholic College, south London about why he thinks the conflict was so significant.

via School Report – Jeremy Paxman explains the significance of World War One. 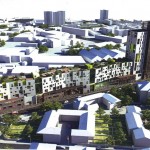 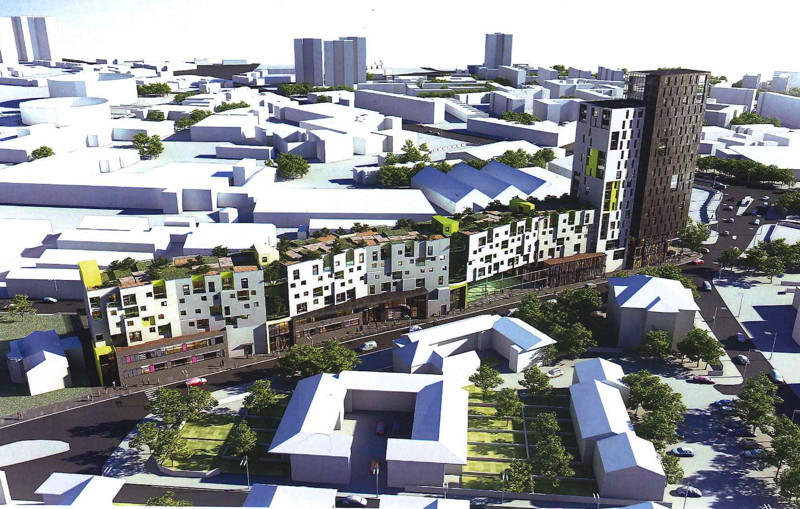 Mayor of London Boris Johnson has approved a planning application for a 19-storey tower in Rotherhithe New Road despite his “concerns” about the scheme’s design.

The development – designed by HLM Architects – includes 158 homes, space for the Southwark Free School (a 450-place primary school), a new sixth-form centre for the City of London Academy as well as facilities for the Bede House charity.

The applicant is SCCD Developments which describes itself a family-run local business owned by Tom and Donna Pratt, proprietors of Southwark Metals.

The site is at the southern end of Rotherhithe New Road, close to Old Kent Road and St James’s Road.

Southwark Council’s planning committee turned down the application in June for a range of reasons including overdevelopment, inadequate affordable housing and poor architecture.

In July Mayor of London Boris Johnson announced he was to to ‘take over’ the application. On Thursday this week he held a hearing to receive representations for and against the proposal.

Introducing the scheme, Greater London Authority planner Lucy Bird said that the tower would provide a ‘distinctive landmark’ for the area.

However, Southwark Council planning officer Bridin O’Connor told the Mayor that “this is the wrong development in the wrong place”, highlighting concerns about loss of industrial space,  the “wholly incongruous” tall building, the very high density of the proposals, road safety and other transport impacts.

Catherine Stevens, governor of Southwark Free School, explained that the school currently operates from the Ledbury Estate tenants’ and residents’ hall and currently only has eight pupils in its reception class due to lack of space.

The hearing was also addressed by Richard Bannister, principal of the City of London Academy, who said that by moving his sixth form centre to Rotherhithe New Road he would be able to expand capacity in years 7 to 11 at the school’s existing Lynton Road campus.

Sean Tickle, the developer’s agent, claimed that the scheme represents an “innovative approach to mixed-use development” and noted that this had been recognised with a commendation in this year’s New London Awards.

Announcing that he was minded to approve the scheme, the Mayor noted that this was a “very difficult case” but “on balance” he would accept his officers’ recommendation to back the development.

Tony Searle, principal of the Compass secondary ‘free school’ which opened in September on the former Southwark College Bermondsey campus, is stepping down for ‘personal reasons’.

In a letter to parents published on the school website, chair of governors Dale Bassett writes:

I regret to inform you that very sadly, for personal reasons, our principal Tony Searle will be stepping down from Compass at the end of the term.
We are extremely proud of the fantastic first term Compass has had and our number one priority continues to be providing an excellent education for your child. In the new year we will start the recruitment process for an outstanding head who will build on the work already done and I hope to be in a position to announce that appointment in the spring.
In the interim our vice-chair of governors, Lauren Thorpe, has been appointed as interim principal from January. Ms Thorpe is an experienced, qualified secondary school teacher who trained on the acclaimed Teach First programme. She has taught in comprehensive, grammar and international schools, in Southwark, the south of England and Hong Kong. She has experience of working in a new school, leading teams of teaching staff and setting high expectations for staff and pupils. She holds a master’s degree from the Institute of Education, University of London.