A local resident has launched a petition calling for better safety measures on Surrey Quays Road.

Local Liberal Democrats held discussions with Transport for London at City Hall last week to ask for action to tackle what they describe as “daily gridlock” on Jamaica Road and the Rotherhithe peninsula.

TfL used the meeting to discuss early ideas for changes at the roundabout after on-going complaints about queues going into Rotherhithe tunnel blocking access.

Local councillors have said they are pleased that action is finally being taken to look at this junction but expressed concern that work would not be done until 2015. As well as pushing TfL to do the work faster, they suggested ideas to ease the situation in the meantime.

Liberal Democrat councillors from Rotherhithe argued that right turns should be allowed from Lower Road into Surrey Quays Road as this would reduce the volume of traffic needed to come up and go around the roundabout.

And the Bermondsey councillors say that they pushed TfL to look at the junctions on Jamaica Road, such as St James Road and Abbey Street, where there are currently no yellow boxes to stop cars entering when the road is blocked. They also asked TfL to look at allowing right hand turns into West Lane as this may help with some of the congestion.

“Local Liberal Democrats will continue to push them to take action sooner rather than later to get this problem dealt with. We are on the side of local residents and commuters who want to see this sorted out as soon as possible.”

A new sculpture and bench in memory of cycling campaigner (and Surrey Docks Farm manager) Barry Mason has been unveiled alongside Greenland Dock.

Barry is represented by a sculptural depiction of his  bicycle and a cormorant, a reference to his twin passions for cycling and birdwatching.

The artwork has been installed by the Sustrans charity as part of the South Bermondsey Connect2 project to create a new walking and cycling route between Greenland Dock and Burgess Park.

‘Portrait benches’ featuring people with a local connection are a trademark of Sustrans’ Lottery-funded Connect2 projects around the country.

The most visible element of the local Connect2 scheme is the new bridge over Rotherhithe New Road which was opened earlier this year.

Barry Mason had campaigned tirelessly to ensure that the bridge came to fruition even when it seemed that the project would be written off as too difficult. 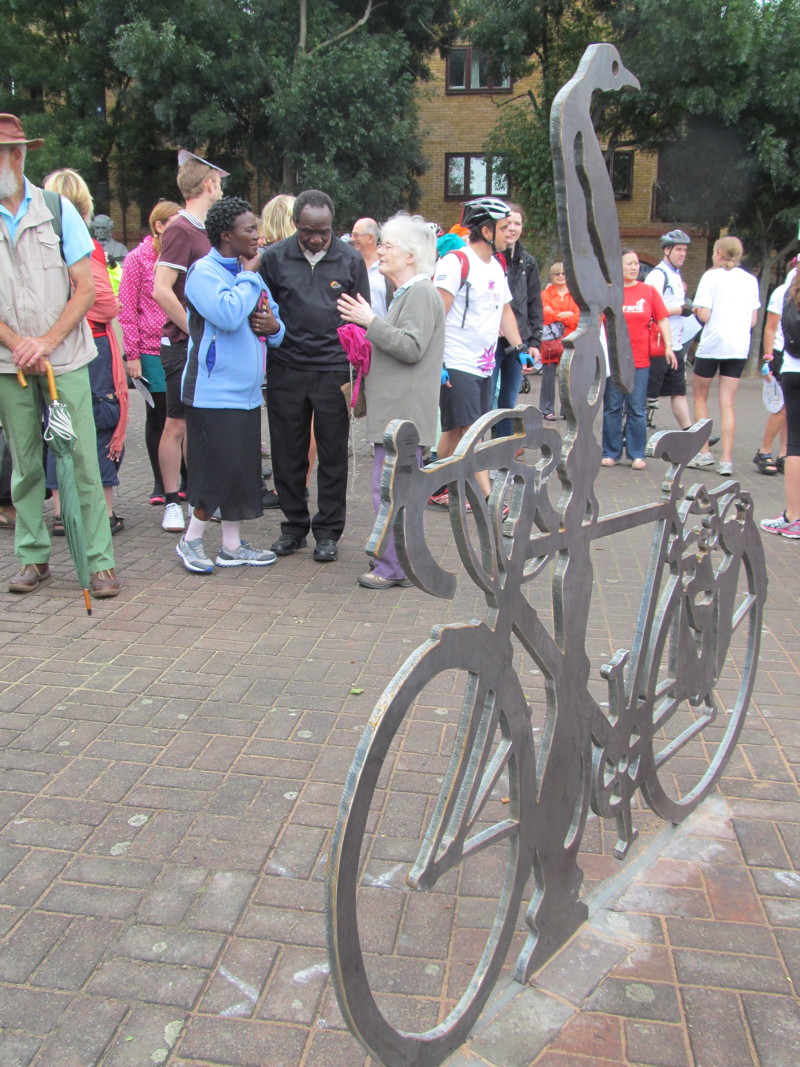 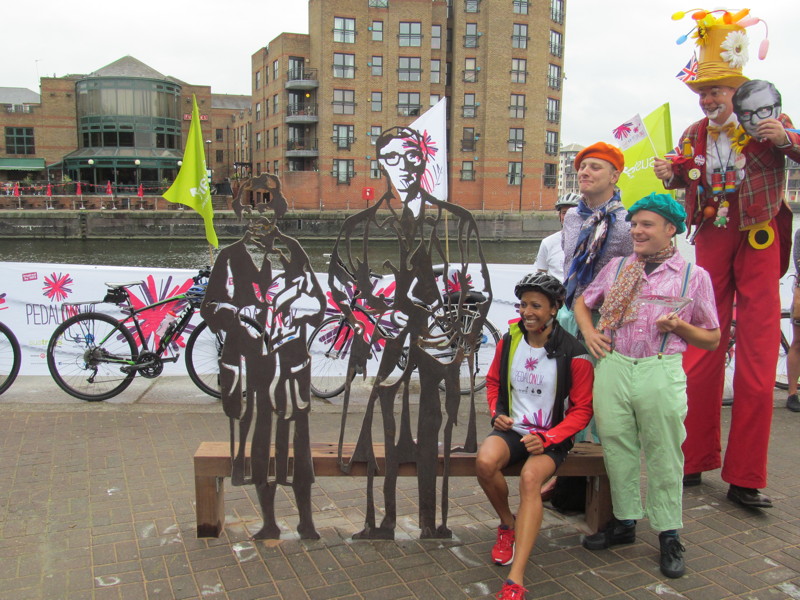 Transport for London  has appointed Cleshar as the contractor to lengthen some of the station platforms on the London Overground rail route in preparation for the introduction of longer trains.

Canada Water and Surrey Quays will both see their platforms extended.

At Rotherhithe there is no room for longer platforms so the lengthened trains will use selective door opening when calling at that station.

TfL’s director of rail Jonathan Fox said: “Although not yet six years old, London Overground must continue to grow its capacity. It’s hugely popular, with passenger numbers increasing by 87 million in its first four years of existence.

“We are pleased to be working with Cleshar on this crucial project and these upgrade works will be completed with the absolute minimum of disruption to services.”

Southwark Council is holding a consultation to receive residents and key stakeholder’s comments regarding proposals to improve road safety and pedestrian accessibility at the Rotherhithe New Road / Hawkstone Road roundabout.

This scheme was identified due to the high number of recorded collisions at the roundabout, many of which were attributed to excessive vehicle speeds and involved pedestrians and pedal cyclists. A large amount of correspondence was also received from residents and local schools expressing concerns at the poor pedestrian environment and accessibility issues for pedestrians. The overall objectives of this scheme are to improve road safety, reduce vehicle speeds and to enhance conditions for pedestrians and cyclists.

Grange-get-cycling.  Free cycle training plus led rides with free bike loan.  For anyone aged 18 or over living or working in Grange Ward, Southwark.  Available through July and August.   More information and sign up form at www.healthyrider.weebly.com.  Or contact Bruce Lynn, Southwark Cyclists on  07729 279 945.

British Transport Police  officers have issued a reminder about the consequences of falsely reporting crime.
False crime reports divert police attention from passengers and railway staff who really need it. People who are found wasting police time or perverting the course of justice can find themselves facing arrest.

On Monday a man was handed a formal police caution after boasting on Twitter that he had lied to police about having his wallet stolen, with BTP officers quickly picking up on the messages.

The 23-year-old man, from Benfleet in Essex, told police that he had his wallet snatched out of his hand whilst on board a train at Bermondsey Tube station.

But the man soon tweeted about how he had lied to BTP about the incident and had in fact forgotten his wallet.

The tweets were picked up by BTP’s control room and he was arrested a few hours later for perverting the course of justice, before being handed a formal police caution.

BTP Superintendent Matt Wratten said: “This man wasted valuable police time by falsely claiming his property had been stolen. He then had the audacity to brag about it on social media.

“Thanks to the quick actions of the staff in our Force control room, and the man’s tweets, we were able to quickly identify that the theft hadn’t taken place.

“We know the majority of people report crimes openly and honestly, and we will always treat every report as genuine. I hope this man and others who are considering making a false claim now think twice about doing so.”

“Our plain-clothes officers patrol the Tube network every day and are highly-trained in spotting the kind of behaviour that tells them someone is intent on theft.” 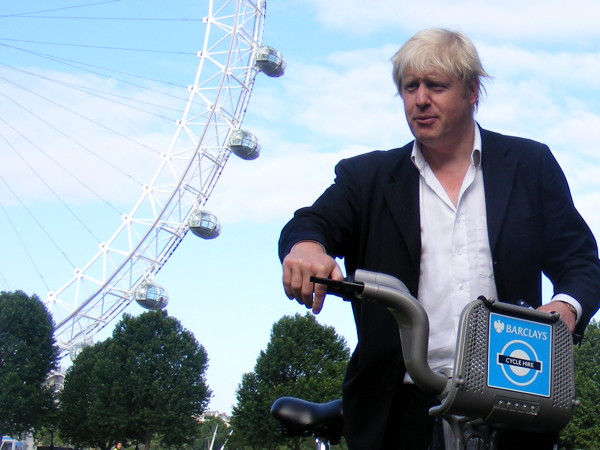 Southwark Council is to spend £15,000 to investigate the possibility of extending the Barclays Cycle Hire scheme beyond its current coverage area in the north-west of the borough.

The council has allocated £10,000 to identify cycle hire docking station sites beyond the current scheme area in Southwark.

At present, there is only one docking station east of Tower Bridge Road.

The council says that this work will investigate possible extension options towards Burgess Park and along the river. The findings of the study will be used to cost and plan future scheme expansion.

The recently approved redevelopment of the Biscuit Factory in Bermondsey includes provision for a docking station as part of the planning permission.

The council will also spend £5,000 on a collaborative study with a leading academic to investigate cycle hire usage patterns and identify barriers to usage. This information will also be used to put together a case for extending the cycle hire scheme.

Everyone in Bermondsey  must now be aware of the traffic chaos resulting from the enforcement of new width restrictions on the Rotherhithe Tunnel.

“Despite Transport for London having a year to prepare for the start of this policy it seems very few people are aware of this new ban on wide vehicles being allowed through the Rotherhithe Tunnel,” said Caroline Pidgeon AM, Lib Dem London Assembly member.

“I am now seeking an urgent meeting with Transport for London and local councillors to help resolve these problems.”

Surrey Quays Road will be closed for a week from Tuesday 2 April (previously scheduled for the week before Easter): 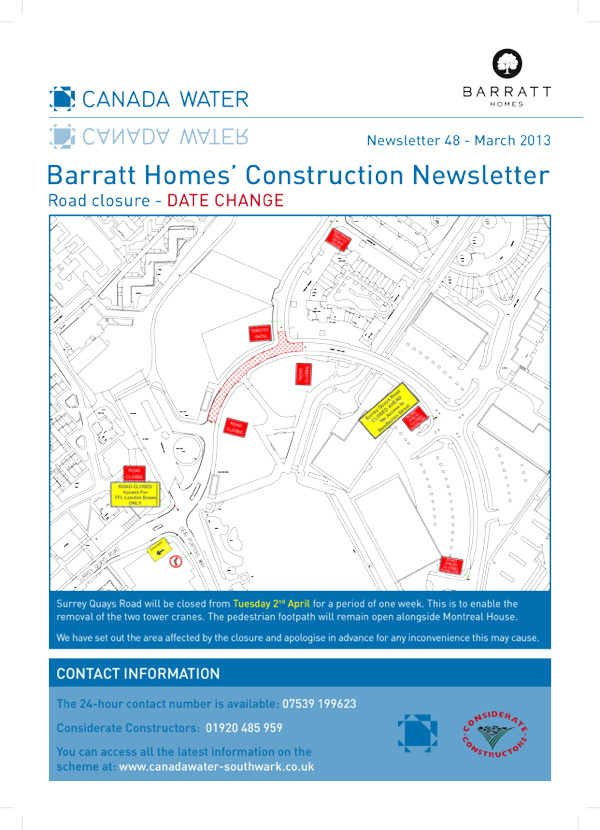