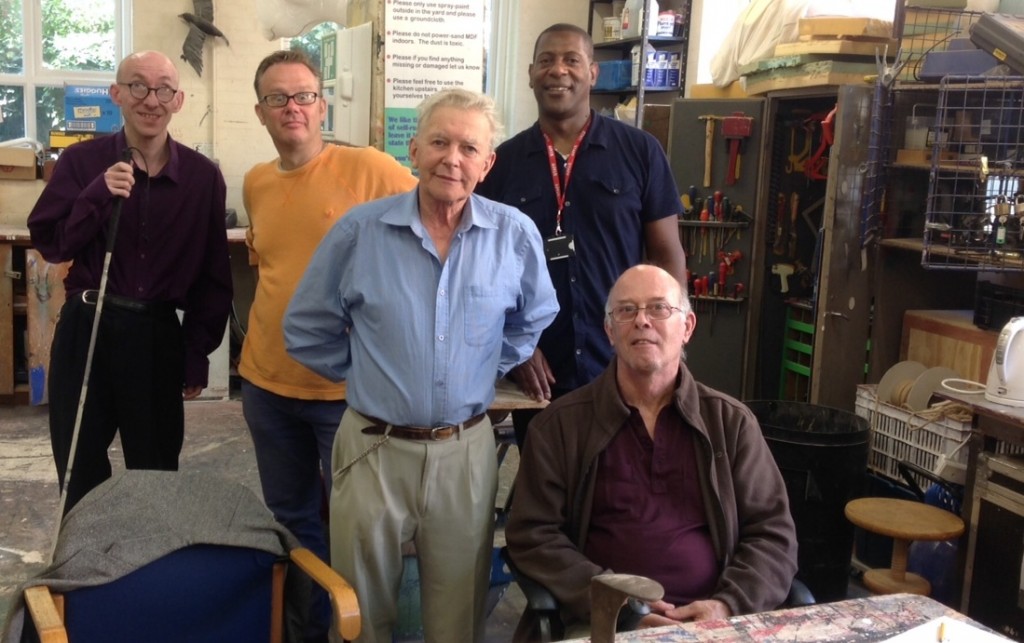 Rotherhithe Shed is a new project for older men based on the very successful Australian Men’s Shed movement.

Set up in partnership by London Bubble Theatre Company and Time & Talents, it aims to bring together older men to put their practical skills to good use – fixing, making, whittling, drilling, sawing and generally tinkering.

Sessions are held fortnightly on Thursday afternoons, in a well equipped workshop where participants can work together on a range of practical activities. Skilled artists and technical experts are available to support the participants, and project ideas are strongly encouraged and developed. If you have something that needs mending or maintaining, be it a wobbly chair or a squeaky bike bring it along. Or if you want to help make and paint the new sign for the shed, or just make the tea – you are welcome.

Rotherhithe Shed is a good opportunity for anyone looking for social and creative experiences, including a chance to make new friends, to experience the camaraderie of working with other men or simply putting practical skills to good use. It’s free, it’s participative, and it’s open to all. Whether you are someone with no skills or highly skilled, there is a role for you at Rotherhithe Shed.

Volunteers for SE16-based organisations including Time & Talents, Yalding Healthy Living Centre and Big Local South Bermondsey were among those who received awards at this year’s Southwark Stars ceremony organised by Volunteer Centre Southwark.

60 people from 35 local groups were presented with Southwark Star awards by the leader of Southwark Council in recognition of their dedication.

As well as the Southwark Star awards, The Volunteer of the Year Awards recognise truly exceptional members of the community who have gone above and beyond what is expected of them to make a difference in other people’s lives; and whose volunteering has made an outstanding contribution to their community in Southwark over the last year. This year, the Volunteer of the Year Awards went to 6 highly deserving members of the community:

The Intergenerational and Older People’s Volunteering Award, presented by Eleanor Kelly, Chief Executive of Southwark Council was awarded to Louise Adnett for her volunteering at Time and Talents

Louise has been volunteering with Time and Talents as a befriender and supporting the running the Stroke Club since July 2013. Louise never forgets the little things-for example, she knows how each of the members like their tea. She befriends an older lady who had a stroke. Louise’s befriending not only provides the lady with friendship, but support when dealing with difficult circumstances. For example, the lady was hospitalised and Louise made sure the lady did not miss out on the Summer Party. When an issue arose with the lady’s wheelchair she rushed to the hospital to save the day! In the end, the lady was able to attend the party.

Armani is an individual who has shown maturity and dedication in tackling sensitive contemporary issues. He currently volunteers at “Health Huts” within youth clubs across the borough, delivering workshops and one to one drop-ins to young people aged between 10 – 19yrs covering topics from sexual health to crime. He is a board member of Southwark’s Teenage Pregnancy unit. And he recently helped recruit a young people’s LGBTQ (Lesbian, Gay, Bisexual, Trans and Queer) worker for the Metro Centre so that Southwark had representation.

The Keib Thomas Lifetime Achievement Award was presented to Peter and Veronica Davenport by Tinku Thomas for their volunteering with Age UK.

Peter and Veronica have volunteered at their local Age UK centre for more than five years as centre workers who assist with the preparation of meals, serving refreshments and meals to service users. They are also responsible for maintaining the centre and being attentive to the needs of older people. Veronica is “attentive and caring, bringing to attention members’ upcoming birthdays and concerns”, Peter is “patient, kind and giving of himself” while both of them are “dedicated to working for the community”.

Over the past year they have managed to put in an incredible 1,820 hours of volunteering each. Their compassion towards older people can be seen in the amount of time and effort dedicated to service users.

The Walworth and Bankside Volunteer of the Year was presented to Saffron Saidi by Claire Helman, Chair of Volunteer Centre Southwark for her work with CoolTan Arts.

Saffron has been volunteering with the Mental Health and Arts charity CoolTan Arts for 3 years, taking on a wide variety of roles which benefit Walworth and Bankside.

Every week Saffron collects donated food from across London which ensure that CoolTan’s participants, many on very low budgets, have a source of free food. She also regularly volunteers at CoolTan’s events and exhibitions which provide CoolTan service users with a showcase for their artwork and a supportive space for socialising without mental health stigma. Saffron is considered to be a fantastic example of someone who “always thinks of others and goes above and beyond to provide support and care” and that she “regularly visits CoolTan participants in hospital and supports others at tribunals”.

The Bermondsey and Rotherhithe Volunteer of the Year was presented to Dianne Anderson by Councillor Kath Whittam (Councillor for Rotherhithe) for her work with Big Local.

Dianne became a member of the Big Local South Bermondsey over 3 years ago. She was instrumental in its development because her estate is made up of several different housing providers it was impossible to put together a Tenant and Resident organisation, however undeterred she set about and bring about change. She did this successfully and managed to secure funding to support events while supporting both her husband and brother in law with cancer. She is described as someone who never says ‘I can’t or “I don’t have enough time” and that she has deserves to be recognised for her “huge amount of personal bravery and an exceptional commitment to the community”.

Peter Stokes, CEO of Volunteer Centre Southwark said “Southwark is a vibrant and exciting borough, with a real sense of community, and volunteers play no small part in this. It is vitally important that we all take the time to stop and thank those people who give their time, enthusiasm and experience to support the community in the borough. The volunteers whose stories we heard as part of the Southwark Stars awards were moving and inspirational, and it was a privilege to be part of the event. But it’s also important to remember that there are thousands of others out there doing great things.” 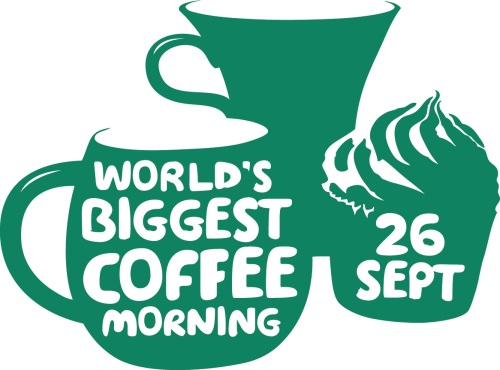 fundraising coffee mornings on Friday 26 September include two in SE16.

The Ship York pub, at the junction of Rotherhithe Street and Elgar Street at Downtown, is holding a big coffee morning party from 11am to 1pm.

Tea & cake is £1 and Southwark’s Pearly Queen is attending.

Meanwhile, at the Silverlock TRA Hall in Warndon Street there is Bert’s Coffee Morning, also in aid of Macmillan Cancer Support, from 11am.

The aim is to raise money for people living with cancer. Last year 154,000 people raised a record £20 million. 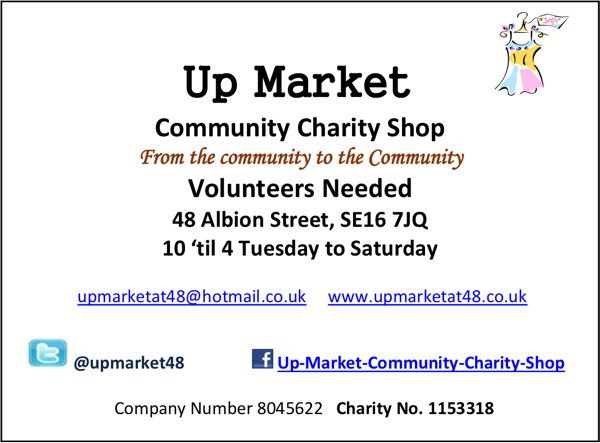 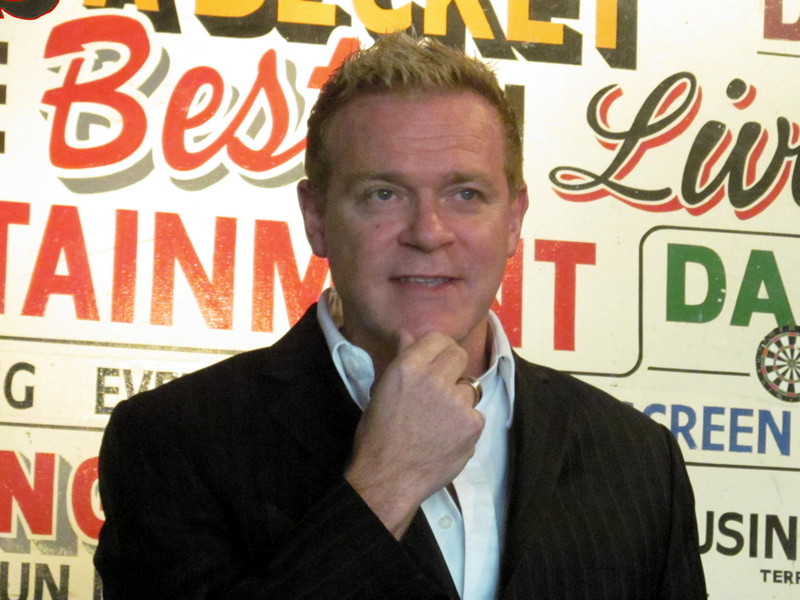 From the website of the Salter Statues Campaign to restore the Alfred Salter statue on the Thames Path and add a representation of Ada Salter to the scene:

In June we were thrilled to receive a cheque for £5,000 from TelecityGroup, the leading telecommunications company. The donation was prompted by their Chief Executive Officer, Michael Tobin OBE, one of Britain’s top entrepreneurs.

Michael has 25 years experience in technology and telecommunications and was awarded an OBE in the 2014 New Year Honours list for his services to the Digital Economy. What connects such a high-flying businessman to the Salters? Michael wrote to us explaining:

“There are a number of reasons why this is important both to me personally and to TelecityGroup. Firstly Telecity is committed to supporting the welfare and education of children around the world. Ada and Alfred Salter were the epitome of this cause, working with extremely under-privileged children in some of London’s poorest areas. Secondly, TelecityGroup is one of the world’s largest data centre companies and its headquarters in the east of London makes it ideally suited to contribute to the upbringing and welfare of that part of the city. Personally I was born in Bermondsey growing up in a challenging environment between Long Lane and Rotherhithe, so the area is of particular interest to me.”

Rotherhithe-based charity Time & Talents wants to set up an educational centre which will offer at-risk young people and vulnerable adults horticulture and construction qualifications, coaching them in workplace skills, supporting their transition into apprenticeships or employment. All growing will take place in communal areas on local estates, increasing ownership and wellbeing.

The charity has applied for nearly £25,000 from the Engage Mutual Foundation whose community awards are determined by a public vote. So far Time & Talents has notched up 63 votes but needs many more to be in with a chance of gaining the cash.

You can vote online until the end of May to show your support for this local initiative.

So far she has raised nearly £2,000 in sponsorship.

During January and February, different groups of young carers have been involved: photography produced by the first group (taken at venues including Surrey Quays Shopping Centre and Surrey Docks Farm) was used as inspiration for music activities, which has in turn been used as the soundtrack for dance participants to create original choreography.  Last week’s performance  showcased the music, dance and photography to an audience of friends, family and the general public.

The Office for National Statistics estimates that nearly a quarter of a million children in England and Wales are caring for a relative, whilst 27% of young carers aged 11-15 miss school and 68% experience bullying and social isolation.  Many care for 50 plus hours a week – more than the average adult working week.  Create uses the creative arts to help young carers develop trust, social skills and supportive relationships with their peers, enhance their self-confidence and self-esteem, and most importantly have fun away from their caring responsibilities in a safe, non-threatening environment.

Create’s co-founder and chief executive, Nicky Goulder said:  “Thanks to continued funding from British Land, we are delighted to be working for the first time with youngcarers in Southwark. The project has given them an opportunity to get creative and have fun away from the responsibility of their caring duties.  It is our huge privilege to give them this opportunity.” 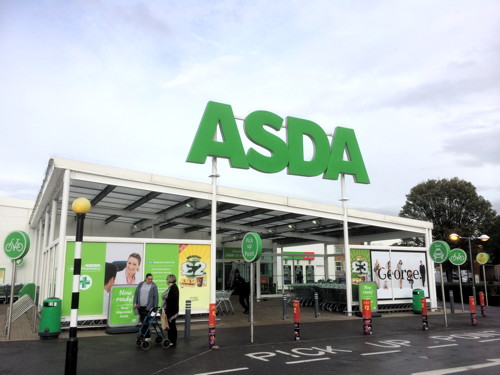 Rotherhithe-based Time & Talents is one of the charities taking part in the ‘Chosen By You, Given By Us’ scheme at Asda’s Old Kent Road store during January and February.

If you are given a green token at the checkout, make sure you put it in one of the chutes near the store exit.

If Time & Talents receives the highest number of votes by the end of February, the charity will receive £200 from Asda.