Last week the vexed question of where a new leisure centre to replace Seven Islands should be located was the topic of a further lengthy session at Southwark’s overview & scrutiny committee.

Cllr Mark Williams (cabinet member for regeneration and new homes) and Jon Abbott (head of regeneration north) gave a presentation on the various options, including refurbishment or rebuilding on the Seven Islands site.

Watch it in full here: 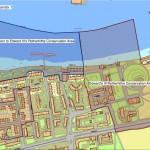 Southwark’s planning committee has given the green light to plans to extend the Edward III’s Rotherhithe Conservation Area to include all of Bermondsey Wall East.

The council consulted local residents on the proposed extension two and a half years ago but nothing further happened until this summer when Labour and Liberal Democrat members of Bermondsey & Rotherhithe Community Council  unanimously passed a motion calling on the planning department to take action.

Key buildings such as the former Old Justice pub (now known as the Winnicott), Angel Wharf and Corbetts Wharf will be brought into the scope of the existing conservation area which covers the area around the Edward III manor house. 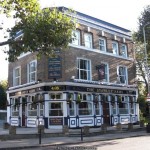 Southwark Council planning officers have rejected a proposal to demolish and redevelop the Stanley Arms pub in Southwark Park Road.

Pub landlord Roy Nicholls had applied for outline planning permission to knock down the Victorian building and replace it with a new four-storey block of nine flats with commercial space on the ground level.

Southwark planning officers rejected the application last month under delegated powers on the grounds that “the proposal would result in the loss of a community use to serve local people” and the pub’s status as an “undesignated heritage asset of special architectural and historic significance”.

Objectors to the planning application included the Victorian Society as well as the Greater London region and South East London branch of the Campaign for Real Ale (CAMRA).

A letter from Tangram Architects submitted to the council in December 2014 noted that despite the landlord’s best efforts, “demographical changes” [sic] meant that “the business is nevertheless failing; it will not continue and the pub will inevitably close”.

Listen to the audio below and read the related documents. 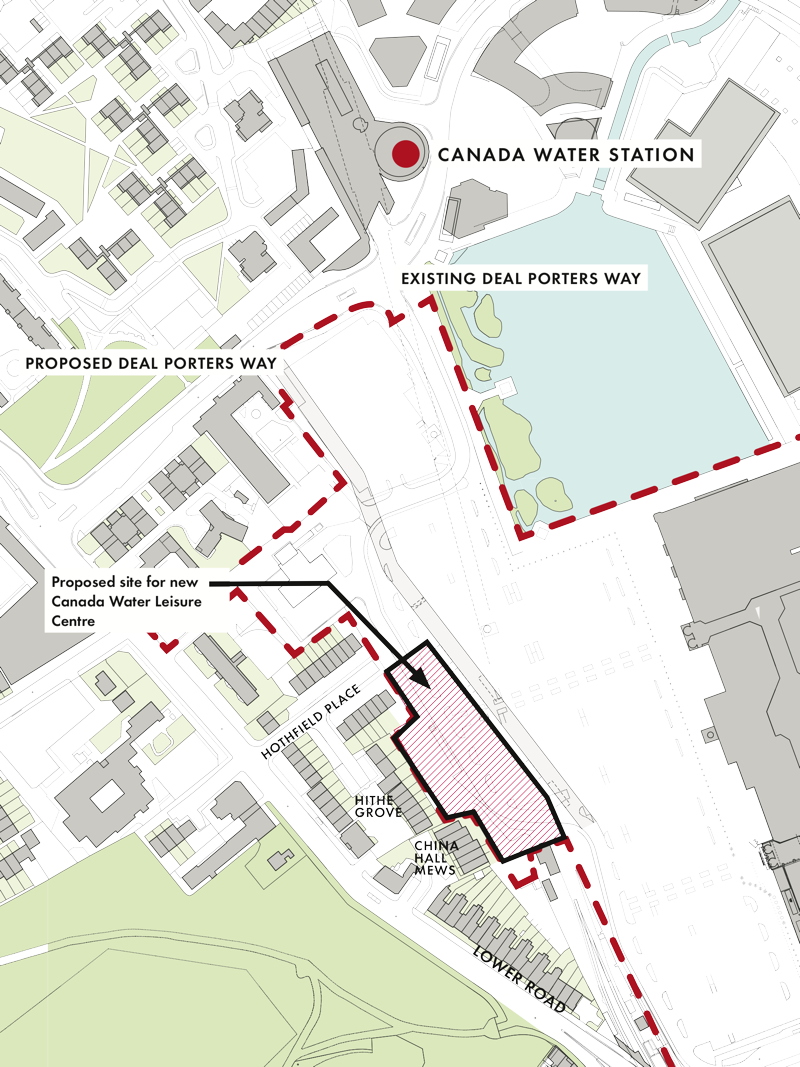 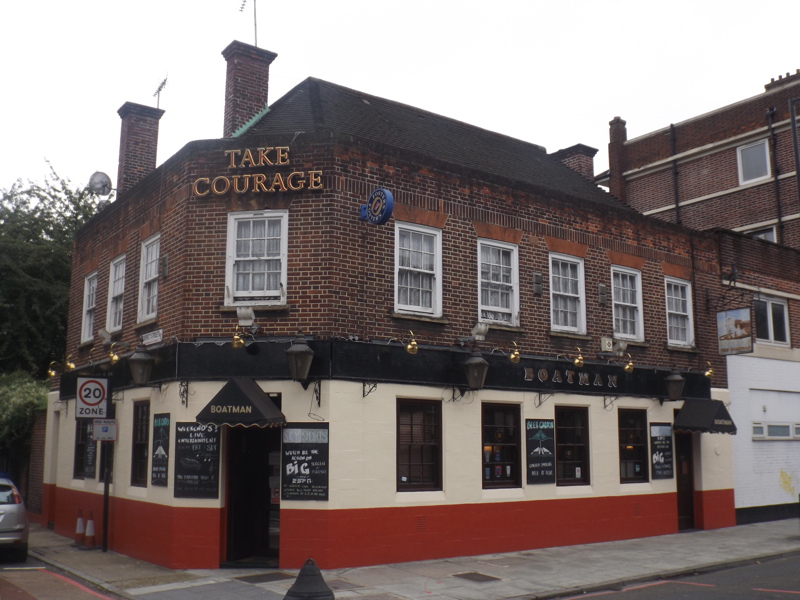 The Boatman pub in Jamaica Road (latterly the Royal George) is the latest SE16 hostelry to be under threat of demolition.

Southwark Council has received a planning application – 15/AP/3523 – for the demolition of the pub and the construction of a five-storey block of flats with retail at ground floor and basement levels.

A previous planning application – submitted two years ago – was withdrawn before a decision was made.

According to the latest planning application documents:

The current owner occupiers and applicants have run the premises as the Boatman public house since 1986. The public house has been struggling to make revenue in recent years and as such has become financially unviable as a business.

The proposed redevelopment of the site facilitates their plan to bring their wider family back into the area and live in the new development, whilst removing a financial strain

Due to cultural and social changes The Boatman public house has experienced a steady decline in trade over the past five years and is no longer a viable commercial enterprise. The building is not of great heritage value to the site. The existing design does not lend itself to change of purpose and does not offer significant potential in terms of efficient land use. The building has limited scope to offer significant benefits to the broader requirements of the area in the longer term. It is therefore a desire for the owner to redevelop the site and replace the existing building with a high quality contemporary development.

The applicants also point out that there are eight other pubs within a 600 metre radius. 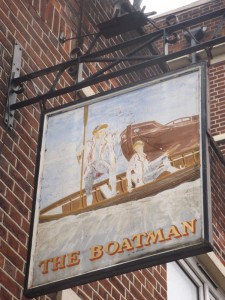 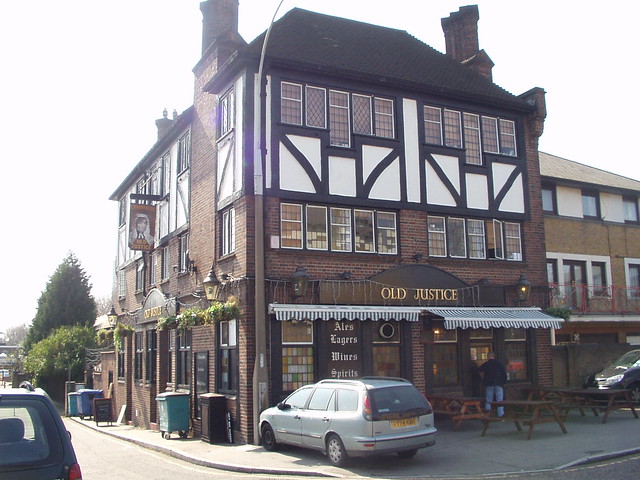 A new planning application has been submitted for the redevelopment of the Old Justice pub on Bermondsey Wall East.

A scheme to redevelop the building with flats and a smaller retained pub was approved earlier this year – but the owners have now found a tenant to run the pub and revised proposals have been drawn up.

According to the application documents:

The new proposal is to retain a more extensive part of the public house (compared to the previous planning application 14/AP/4488); the new application includes the reduction of residential units from 6 down to 5 flats.

The applicant has secured a tenant for the public house, which is to be re-opened to the public, and therefore a larger area, including exterior amenity, is necessary to be retained for A4 use.

In this way the proposal learns from the previous approved planning application and the visual aspects of the approved proposal, yet includes the reinstatement of the Public House as the hub of the community, restoring it to its former glory.

Councillors have turned down plans by McCulloch Homes to knock down The Clipper pub in Rotherhithe Street and replace it with a four-storey block of flats.

Southwark’s planning sub-committee B first considered the planning application back in April but deferred their decision to allow councillors to make a site visit.

Since then a Save The Clipper Pub campaign has emerged and an application was made to designate the pub as an ‘asset of community value’ under the Localism Act.

However, the council turned down the ACV nomination, citing the following grounds:

A further ACV application has since been submitted to the council.

Wednesday night’s meeting was addressed by three objectors:  James Willasey-Wilsey of the Friends of the Clipper, a representative of Silver Walk Management Ltd and Andrew Large of the South East London branch of the Campaign for Real Ale (CAMRA).

The committee also heard from architect Laurence Mineham who said that the proposed scheme would be “in keeping with and respectful of its surroundings”.

A motion to grant planning permission was proposed by sub-committee chair Cllr Cleo Soanes and seconded by Nick Dolezal.

However, it was defeated by the other three sub-committee members Eleanor Kerslake, Leo Pollak and Maria Linforth-Hall.

A motion to refuse planning permission was then proposed by Eleanor Kerslake, citing concerns about the ‘overly imposing’ proposed development that would create a ‘sense of enclosure’ for adjacent residents, as well as recognising the community and historic value of the existing pub building.

The motion to reject the application was carried by three votes to one, with one abstention. 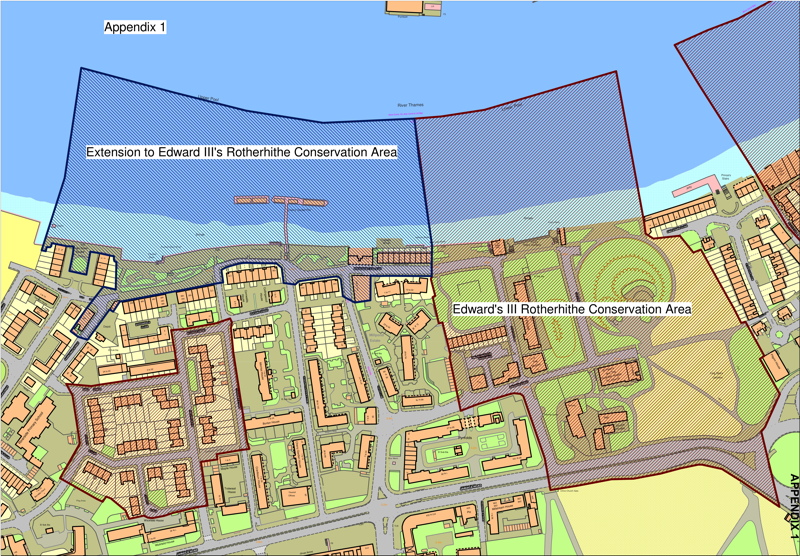 Councillors in Bermondsey & Rotherhithe have lodged a cross-party protest against the failure of the council to proceed with plans to extend the Edward III’s Rotherhithe Conservation Area to include all of Bermondsey Wall East.

The proposal would have brought key buildings such as the Old Justice pub, Angel Wharf and Corbetts Wharf into the scope of the existing conservation area which covers the area around the Edward III manor house.

However, the proposal has never been referred to the borough’s planning committee and no further action has been taken for more than two years.

At Saturday’s Bermondsey & Rotherhithe Community Council, councillors from across the political divide joined forces to ask the planning department to explain the delay.

Bermondsey & Rotherhithe Community Council regrets the decision of the planning department to ignore and override the views of elected members in failing to designate the Edward III conservation area extension.

We call on the planning department and cabinet member to designate the extension or attend the next community council to explain how the views of the community will be enacted.

The next community council meeting is scheduled for Saturday 17 October.

The Co-operative Food has revealed a plan to open a new convenience store as part of the redevelopment of The Ship York pub in Rotherhithe Street.

The pub closed last November and was later used as a shisha bar.

Planning permission for the redevelopment of the site with a five-storey block of eight flats was granted more than a year ago.

The planning permission includes provision for a pub at ground floor and basement level, but now The Co-operative wants to open a food store instead.

Local residents have now received leaflets from The Co-operative with details of their proposals and an invitation to a public exhibition on Monday 6 July.

The Co-op says its proposal would create 20 to 25 full-time or part-time jobs.