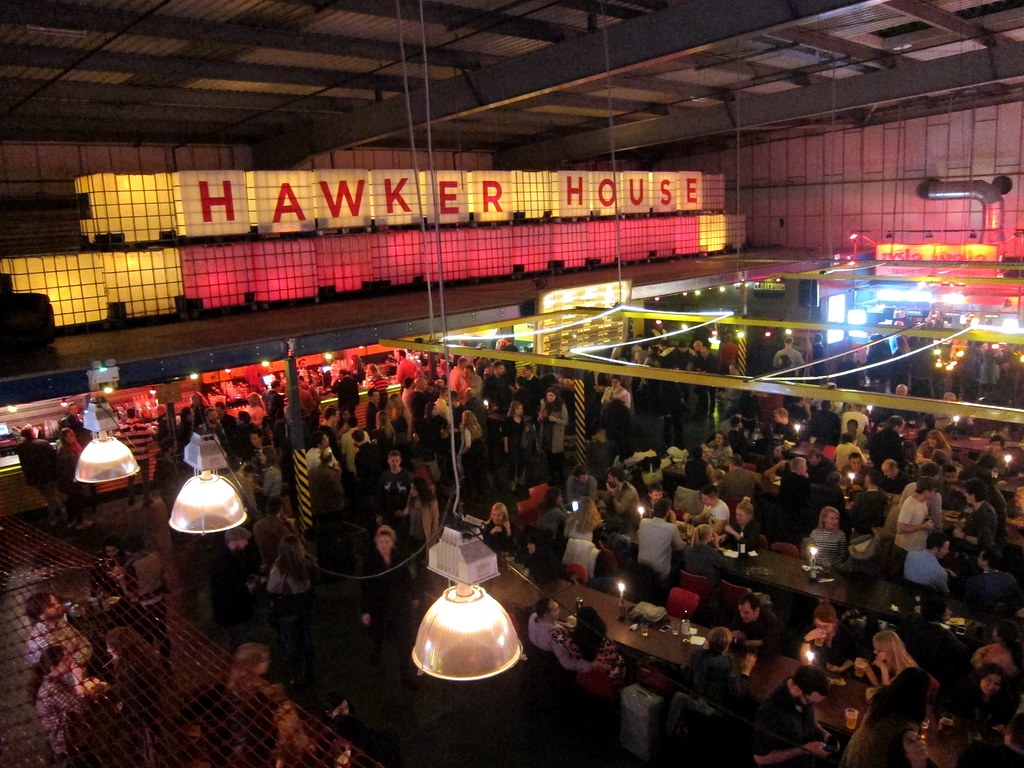 Hawker House – the street food emporium in the former WHAT!!! stores building at Canada Water – successfully retained its licence after a hearing at Southwark’s licensing sub-committee on Monday. Read all the committee documents – including neighbour objections – here.

Hawker House is part of Street Feast, whose founder Jonathan Downey has made outspoken comments about the local residents who objected to the licence being renewed.

Lots of bewilderment about why our licence was in jeopardy in the first place. Previously it has been renewed automatically. This time after 2yrs of completely trouble-free Fri/Sat we had one angry resident making up stuff, complaining and lying about anything and everything.

There’s a bigger issue in play here whereby licensed businesses are held responsible for the actions of individuals after they leave, AND even before they arrive, at a venue. Someone coming to Hawker and pre-loading a beer from Tesco that then gets littered is NOT our fault FFS.

People piss in the street or shout “Millwall” at midnight because they are DICKS. Not because they’ve been to Hawker House, the Printworks or the pub for a couple of pints. Instead of metal detectors, should we get moron screening machines to capture these twats at the outset?